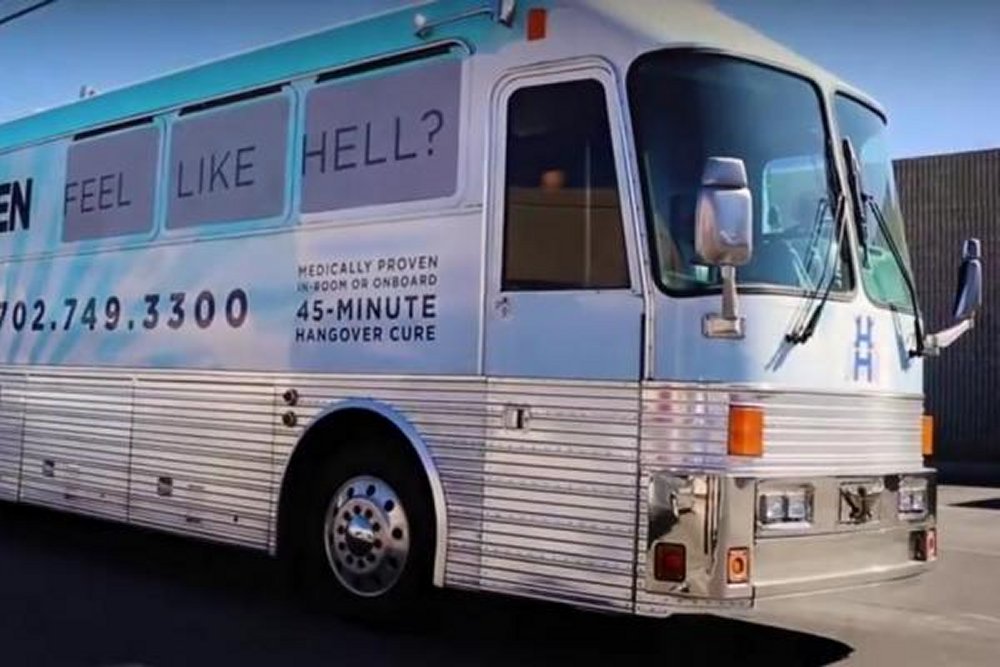 A Las Vegas bus is offering passengers more than a quick commute — it serves as a mobile clinic to cure hangovers in 45 minutes.

The Hangover Heaven Bus, run by Dr. Jason Burke, can be found seven days a week parked at various locations around the Las Vegas strip to offer refuge to hard partying people who find themselves feeling the post-alcohol sickness.

The three packages offered at the mobile clinic involve IV fluids, vitamins, antioxidants, and treatments for headaches and nausea. Burke said the process can cure a hangover in 45 minutes.

The doctor said he based his process on his experience as an anesthesiologist. He said the symptoms of a hangover are very similar to those of someone coming out of anesthesia, so he adapted the techniques he would use on patients post-surgery to suit the drinking crowd.

The Hangover Heaven Bus is busiest between 8 a.m. and 10 a.m. on Sundays, employees said, and is often booked solid in advance for events such as the Super Bowl.