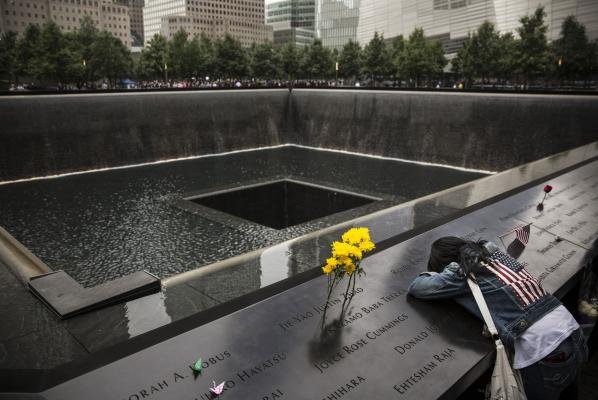 In step with a new federal law, the families of more than 2,000 victims of terrorism have filed a civil lawsuit against the government of Saudi Arabia — seeking restitution for the unprecedented 2001 attacks on the United States.

The first 135 pages of the lawsuit list all the plaintiffs in the case — spouses, children, siblings, parents and representatives of those killed in the attacks in New York City, Washington, D.C., and Pennsylvania.

For years, relatives of many victims have wanted to bring suit against Saudi Arabia but federal law prevented them from doing so. The Justice Against Sponsors of Terrorism Act (JASTA), passed last year, eliminated that foreign protection.

The plaintiffs argue in the suit that the Persian Gulf nation aided in the terrorist plot through various means.

“Plaintiffs seek such relief against the Kingdom of Saudi Arabia for the attributable acts of the Kingdom’s governmental Ministries and bodies, alter-egos, and officers, employees, and agents … by knowingly providing material support and resources to the al-Qaida terrorist organization and facilitating the September 11th Attacks,” the suit states.

The plaintiffs go on to argue that the aforementioned persons financially supported al-Qaida activity and militant training camps, and also furnished operational support with weapons, fake passports and safe houses that “enabled” the group to execute the plot.

“The September 11th Attacks and the resulting injuries and deaths were caused by a tortious act or acts of Saudi Arabia, by providing material support and resources to and facilitating the al-Qaida leaders, planners and hijackers responsible,” it continues. “Such act or acts constitute more than mere negligence, and were intentional, knowing, reckless, willful and/or grossly negligent.”

Former President Barack Obama vetoed JASTA after it passed through Congress in September, but the House and Senate successfully voted to override. One of critics’ primary concerns for the law was that it could open the United States — particularly, taxpayers and military service members — to the same type of lawsuits if foreign nations adopt a similar law in response.

The day after Obama’s veto was overridden, some GOP lawmakers who pushed the bill into law began to express concern about the potential U.S. legal backlash, referring to it as an “unintended consequence” of the law — even though Obama’s administration had repeatedly raised alarm about that possibility.

“I’d like to think that there’s a way we could fix it so that our service members do not have legal problems overseas,” House Speaker Paul Ryan, R-Wis., said.

“Nobody really had focused on the potential downside in terms of our international relationships,” Senate Majority Leader Mitch McConnell, R-Ky., added.

Another worry was that, although JASTA doesn’t specifically name any nation as a potential target for litigation, the measure would negatively impact U.S.-Saudi relations. In response, Riyadh did indeed express disappointment with the law and threatened to sell off $750 billion in U.S. Treasury securities and other related assets.

Analysts previously said the law opens the Saudi government to potential lawsuits from as many as 9,000 people in the New York City area alone.

“This lawsuit is a demonstration of the unwavering commitment of the 9/11 families to hold Saudi Arabia accountable for its critical role in the 9/11 attack,” plaintiffs attorney Jim Kreindler said in a statement.

The complaint cites a number of Saudi charities that were supported by Riyadh, which plaintiffs claim had direct ties to terror leader Osama bin Laden for years leading up to the 2001 attacks — as well as prior knowledge of several other al-Qaida plots, including the first attack on the World Trade Center in 1993 and the foiled 1995 “Bojinka” plot to bomb American airliners over the Pacific Ocean, which ultimately evolved into 9/11.

“Saudi Arabia knew from at least the early 1990s that al-Qaida had begun to pursue and carry out terrorist attacks against the United States,” the lawsuit alleges. “But Saudi Arabia’s charitable organizations and Saudi Arabia’s officials, employees and agents continued to provide material support and resources for al-Qaida.”

Several Saudi officials are listed in the suit and accused of working with the hijackers in Los Angeles, San Diego, Florida, Washington, D.C., and Virginia for 18 months prior to the attacks, Kreindler said.

The Saudi government did not immediately respond to the lawsuit.

Evidence has never been produced to substantiate claims of overt, or covert, Saudi involvement in the terror attacks. It has long been suspected, though, that some of the 9/11 plotters and hijackers had at least some connection to the Saudi kingdom.

Last year, Obama declassified a portion of the 2002 investigation by the 9/11 Commission that was long believed by some to contain proof of Saudi complicity. On its release, though, the so-called “28 pages” revealed no concrete evidence of involvement or operational support by Riyadh. It did, however, note possible links between hijackers and financiers who did have ties to the Saudi government, including intelligence agents.