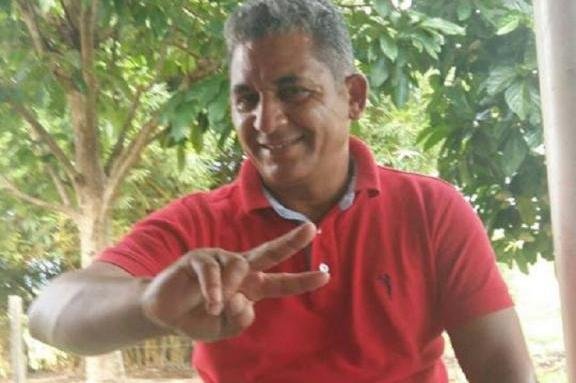 Brazil’s Movement of the Landless Rural Workers said Waldomiro Costa Pereira, a prominent land rights activist in the state of Pará, was fatally shot by gunmen while recovering in a hospital from a previous assassination attempt.

Costa Pereira was killed on Monday when five gunmen wearing helmets burst into General Public Hospital of the Parauapebas municipality in northern Brazil after arriving on motorcycles, officials said. Costa Pereira was admitted to the hospital’s intensive care unit at dawn on Monday after an assassination attempt on Saturday.

The Movement of the Landless Rural Workers, or MST, said the execution of Costa Pereira, a member of Brazil’s Workers’ Party who had not been directly active in the MST since December 2015, was another example of the inability of the government to provide safety.

“It is with immense sadness that we mourn his death and give solidarity to his wife, children and all his family in this moment of pain and indignation,” MST said in a statement. “The MST does not know the motives for the murder. As a struggle for life, we repudiate all forms of violence against men and women. This is another murder of workers in the state of Pará, where the government is guilty of its incompetence in taking care of the security of the population …[and] the negligence of the state in ascertaining and punishing the crimes of this nature. There is a high rate of impunity that has become commonplace, as has the action of criminal militia groups.”

The MST, which frequently engages in disputes with wealthy landowners, advocates for land reforms such as the redistribution of agricultural land.