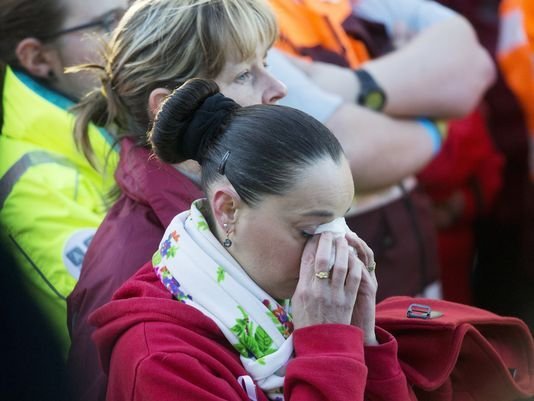 Belgian leaders, victims and families of those who died in the March 22 suicide bomb attacks on the Brussels airport and subway marked Wednesday the first anniversary of the assaults which killed 32 people.

King Philippe and Queen Mathilde joined Prime Minister Charles Michel at the airport, where two suicide bombers blew themselves up in the departure hall during the morning peak travel period on March 22, 2016.

Airport staff, security and rescue personnel stood watch as King Philippe laid a wreath outside the departure hall of the Belgian capital’s Zaventem airport, where 16 people lost their lives.

The names of those who died were read out solemnly, accompanied by a single cello.

Inside the departure hall, a large wreath lay in a cordoned-off area.