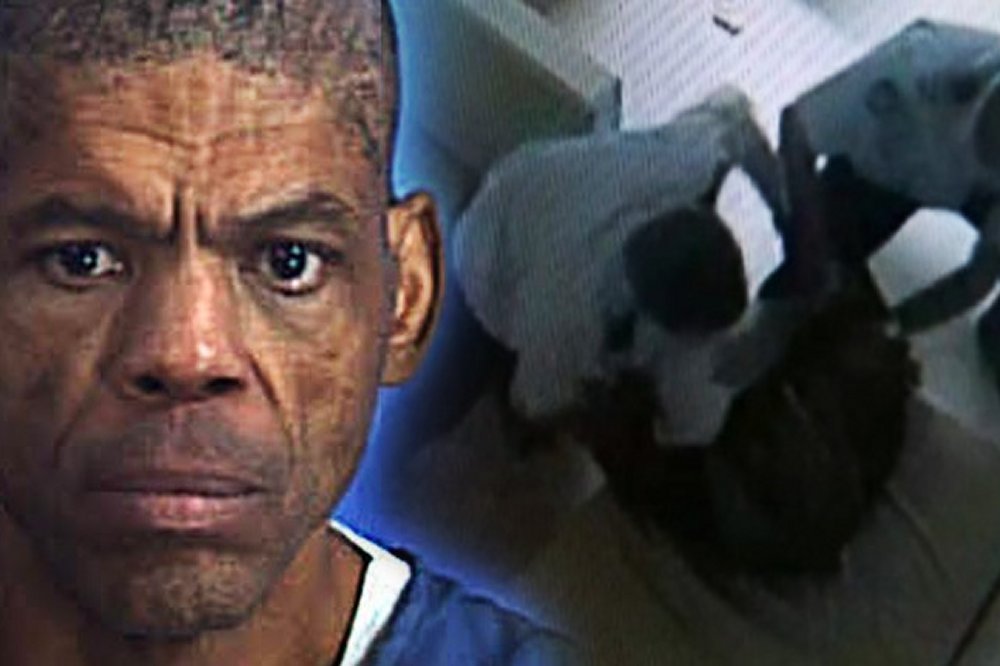 Civil rights organisations have condemned a US state attorney’s decision to close the case against prison guards who sent an inmate to a scalding shower, which witnesses and lawyers believe killed him.

He was found dead lying face up in the shower, his skin red and slipping off.

Some prisoners said they heard Rainey scream out for help, saying the water was “too hot”, that they saw steam coming out of the shower, and that CPR was not performed.

While a prison nurse said that Rainey’s body felt hot, she said a sergeant did perform CPR.

On Friday, the office of Miami-Dade State Attorney Katherine Fernandez Rundle released a 101-page report saying Rainey’s cause of death was “an accident”.

The report concluded: “Facts and evidence in this case do not meet the required elements for the filing of any criminal charge … none of the correctional officers at Dade CI are criminally responsible for the death.”

In a statement sent to Al Jazeera on Monday, Howard Simon, American Civil Liberties Union’s (ACLU) Florida executive director, said: “Just because the state attorney found that the standards to secure a criminal conviction was not met does not mean that corrections officers did not do something horribly wrong.

“Changes need to be made in our corrections department to ensure that guards are held responsible when their actions, negligent or willful, result in the death of an inmate.”

Florida, a state that holds more more than 100,000 people behind bars, is home to America’s third largest prison system behind California and Texas.

Anger swelled after the Rundle’s report was released.

Protesters said on social media that they would gather outside the state attorney’s office on Tuesday to demand her resignation, calling on those concerned to continue to phone Rundle for answers.

Later on Monday, Rundle tweeted that due to the volume of calls she had established a hotline “to answer your concerns regarding the death of Darren Rainey”.

According to Human Rights Watch, there are around 2.37 million people in American prisons, the largest reported incarcerated population in the world.

“Jail and prison staff throughout the US use unnecessary, excessive, and even malicious force against prisoners with mental disabilities,” the group said in its 2016 annual report.

Alex Friedmann, associate director of the Florida-based Human Rights Defense Center, told Al Jazeera that he was not surprised by the state’s decision to close Rainey’s case, but explained his death was “utterly preventable”.

“Florida specifically has a long and sordid history of prisoners being killed by guards,” he said. “There are systemic failures at every step, from preventing abuse, investigating, and holding them accountable.”

It was unlikely that Rainey – who had been on hunger strikes – had the mental health support he needed, Friedmann explained.

“Rainey was mentally ill. We have basically criminalised mental illness in the United States. People who commit crimes on the base of mental illness, we funnel them into prison, not mental health facilities.

“We have more people with mental health [issues] incarcerated, rather than in hospitals. We put them in prisons. They don’t fare well in those environments.”

Rainey had allegedly wiped faeces over himself before the shower.

“Prisons aren’t mental health hospitals. They [prison authorities] tell you, ‘we don’t need to be dealing with it’. When you put mentally ill people in these situations, these are the tragic results that happen,” said Friedmann.

One nurse at Dade Correctional Institute, Britney Wilson, said that prisoners were routinely disciplined with long showers, according to the state attorney’s report.

“She observed that Rainey’s skin … appeared red and wrinkled,” the report said. “Wilson told the [911] operator that Rainey’s body appeared to be burned.”

Steve Wetstein, a member of the Stop Prison Abuse Now advocacy group, told Al Jazeera that it was “a grave injustice that the case has been closed”.

“There’s an awful lot of testimony that says the shower that he was placed into was used as a punishment … realistically as a torture device,” he said. “I do think that he was murdered.”

Rainey had been serving a two-year sentence on a cocaine charge.

“I think there is a tremendous amount of abuse [in prisons]. Darren Rainey is not the only death that looks like a criminal act,” Wetstein said. “There are numerous other cases where someone has died and very frankly the system has just covered it up.”

In October, 14 human rights groups led by the ACLU called for a US Department of Justice investigation (DoJ) into Florida’s prisons, urging intervention into abuse, neglect, torture and deaths of prisoners.

According to the Orlando Sentinel, the groups’ letter cited 17 prisoners who allegedly died of neglect.

The ACLU’s Simon told Al Jazeera following the closure of Rainey’s case, it was “imperative” that a federal investigation “into a pattern and practice of brutality in Florida prison” continued.

But Wetstein has lost some hope since the election of Donald Trump.

“To be very honest, we had infinitely more hope that federal charges might have been brought with the [Barack] Obama administration,” Wetstein said, referring to the former Democratic president.

Trump, a Republican, has said he is “tough on crime” and has vowed to give further powers to law enforcement.

“When Trump was elected, our opinion was it’s (the DoJ investigation) not going to happen. The change of administrations makes a big difference. With any Republican administration, I would not be hopeful. With this particular one, I’m certainly not hopeful. It’s worse if anything,” said Wetstein.

US to ban electronic devices on Middle East flights