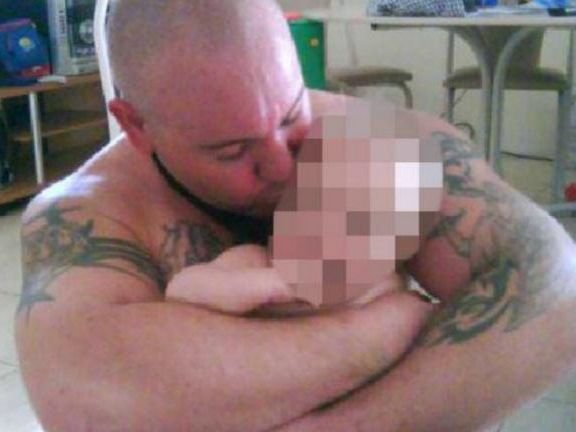 A Perth father who horrifically doused two of his children with petrol and set one alight had been drinking and smoking cannabis, a court has heard.

Edward Herbert has admitted he burned his daughters, but pleaded not guilty, in the WA Supreme Court on account of an unsound mind, to five charges including attempting to kill his two daughters at the family’s home in Doubleview in August 2015.

His daughters were aged seven and three at the time. The three-year-old suffered burns to her upper body and face.

The judge-only trial heard that the little girl suffered “severe and life-threatening” burns and would be permanently scarred.

Mr Herbert poured petrol over his three-year-old in front of his partner after spending the day drinking and smoking, reports Perth Now.

The three-year-old had burns to 13 per cent of her body and needed surgery and laser scar management.

“She will be permanently scarred,” Prosecutor Amanda Forrester told the court.

The court heard that Herbert was a regular cannabis user and drinker. His partner gave evidence that Herbert had been “getting angry all the time” and had “doubled his cannabis use” in the lead up to the incident.

She said tried to keep him calm as his anger escalated and feared for her life,  reports the ABC, at one point, she said in her statement, she heard Herbert say “the werewolf is coming at 12:00pm”.

Around midnight he said, according to his partner “that’s it b***h, I am going to kill you”, before he went to get a jerry can of petrol, stripped naked and entered his daughters’ room.

He then poured petrol over three-year-old and set her alight, before he began to douse his older daughter, who has autism, in petrol.

Off-duty police officer Stephanie Bochorsky ran into the unit and rescued the two girls after she heard their mother yelling.

She told the court that she went out to see if the woman was OK, but she replied: “No, he’s setting the kids on fire!”

7 News reports that Const Bochorsky ran into the house and smelt petrol, there she saw the three-year-old in her cot with “her whole head on fire”.

Perth Now reports that a neighbour, Daniel McMillan, went into the unit after the children were rescued and found Mr Herbert pacing in the kitchen and drinking beer.

Ms Forrester said Mr Herbert told his neighbour they were his children so he could do whatever he wanted and that his toddler was too beautiful and that is why he burnt her.

He allegedly told another woman, who left the house with his son “don’t worry, I would not have lit my boy up”.

According to 7 News, seven months after the alleged attack, Herbert wrote to his de facto and told her he couldn’t remember what happened. In his letter he said he loved his children more than life itself and that he would pray for his injured daughter.