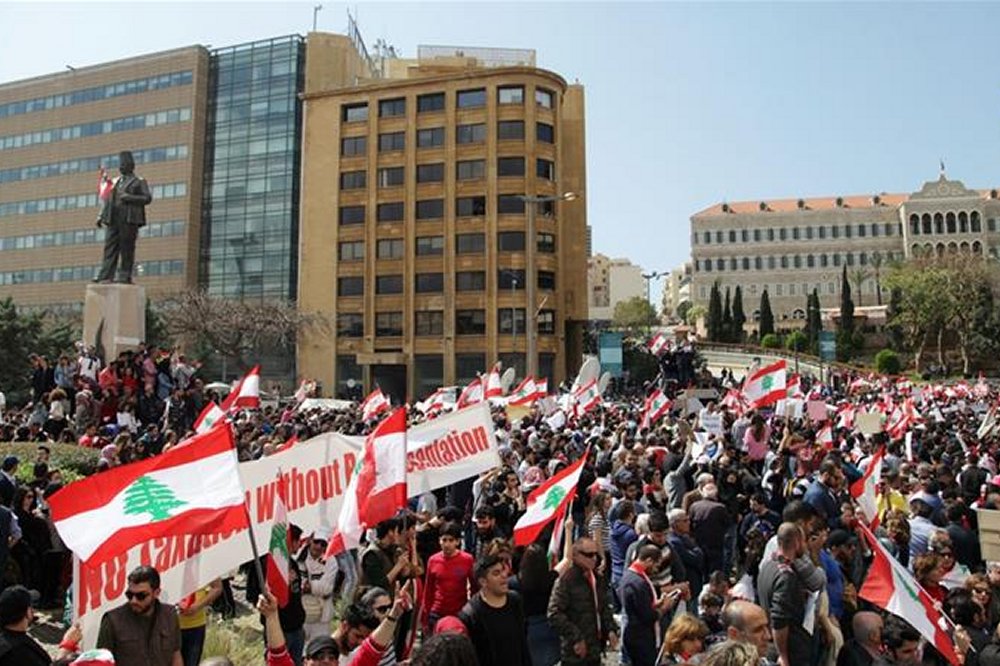 Thousands rallied in Lebanon’s capital on Sunday against proposed tax hikes that the government has said are needed to avoid a $4bn budget deficit this year.

Protesters chanted “we will not pay” and blamed corrupt politicians as they gathered in central Beirut’s Riad el-Solh square.

Police barricaded the entrance to the government headquarters and parliament building during Sunday’s demonstration, which followed three days of smaller protests in Beirut.

Authorities are seeking to raise taxes to help pay for a deal on public sector pay increases, which is part of a wider effort led by Prime Minister Saad al-Hariri to approve the country’s first state budget in 12 years.

Lawmakers approved several tax hikes last week, the most prominent being a one percentage point increase on the sales tax.

In the coming weeks, parliament will vote on a number of other increases, all of which must be signed off by the president before taking effect