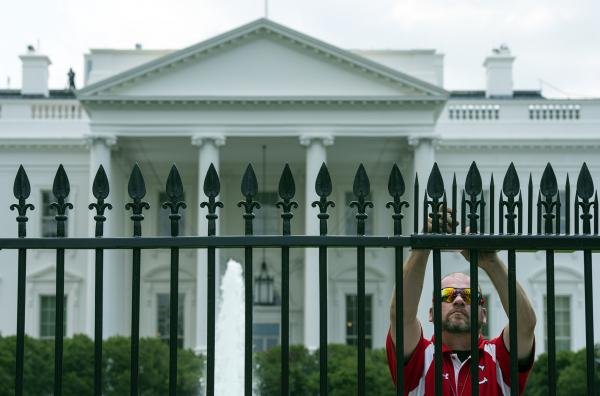 Secret Service agents responded after a person jumped over a pedestrian barrier outside the White House on Saturday.

White House press secretary Sean Spicer tweeted about the incident and praised the Secret Service for their response.

Law enforcement said the pedestrian, who was not armed, did not make it to the White House fence and was carrying a document he wanted to deliver to the president.

He was arrested within two minutes after jumping over the bike rack and the vehicle he was believed to be driving was being searched by authorities, according to law enforcement.

Secret Service spokesman Mason Brayman said he agency would release a statement later on Saturday and added he was not aware of any alarms being set off at the White House.

President Trump was not at the White House at the time of the attempted jump.

The attempt came a day after the Secret Service released details of a March 10 incident when a 26-year-old California man cleared the White House fence and was on the grounds for about 17 minutes.