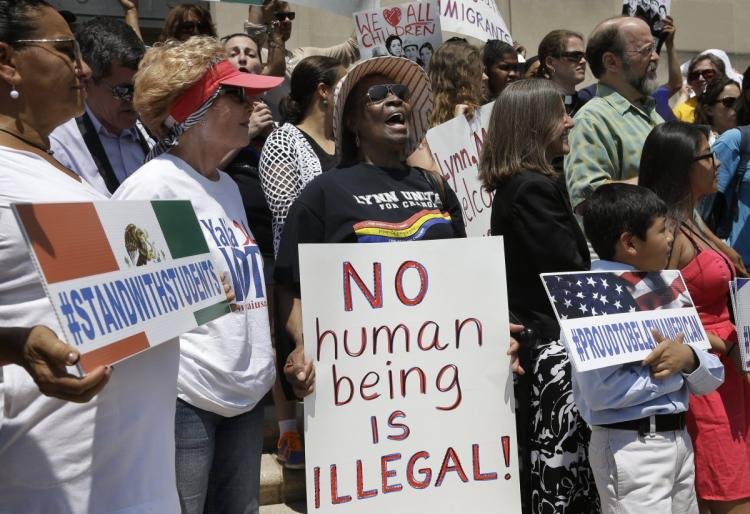 A CNN/ORC poll shows 60 percent of Americans want the U.S. government to develop a plan to allow undocumented immigrants who have jobs to become legal residents.

When asked if the government should attempt to deport all people currently living in the United States illegally, 71 percent of Americans said it should not, 27 percent said it should and 2 percent had no opinion.

In recent weeks, attorneys and prosecutors in California, Arizona, Texas and Colorado have reported teams of U.S. Immigration and Customs Enforcement agents — some uniformed, some dressed in plainclothes — have swept into courtrooms or outside court complexes to arrest undocumented immigrants.

“Courthouses should not be used as bait in the necessary enforcement of our country’s immigration laws,” Cantil-Sakauye wrote in a letter to Attorney General Jeff Sessions and Homeland Security Secretary John F. Kelly. “Enforcement policies that include stalking courthouses and arresting undocumented immigrants, the vast majority of whom pose no risk to public safety, are neither safe nor fair.”

The CNN/ORC poll, which interviewed 1,025 adult Americans via telephone from March 1 through March 4, has a margin of error of 3 percent.