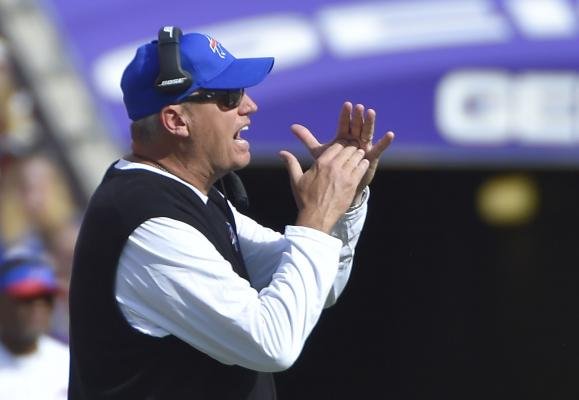 Rex Ryan will be spending this fall without an NFL head coaching job for the first time since 2008. Instead, he’ll reportedly be paid to analyze and talk about football.

Ryan has agreed on a multi-year deal to be part of ESPN’s “Sunday NFL Countdown,” the New York Daily News reported.

Ryan served as a guest analyst on the show’s Super Bowl Sunday edition and acquitted himself well.

Ryan was fired by the Buffalo Bills with one game left in the 2016 season. He went 15-16 in two seasons with the Bills.

He also coached the New York Jets for six years. He guided the Jets to the AFC title game in each of his first two seasons but was unable to reach the playoffs again. He was fired with a 46-50 record.