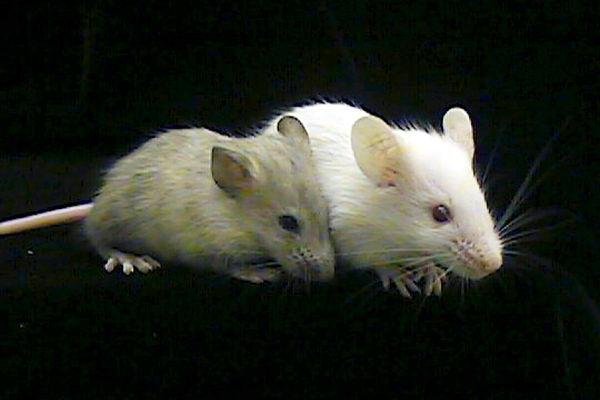 Researchers at the Julius-Maximillians-Universitat, or JMU, in Germany have identified the absence of a specific protein as the possible cause of obsessive-compulsive disorder, or OCD.

Roughly 2 percent of the population experience symptoms of OCD at least once in their lifetime.

The protein called SPRED2 is found in high concentrations in regions of the brain known as the basal ganglia and the amygdala. SPRED2 inhibits an important signal pathway of cells, the Ras/ERK-MAP kinase cascade, which is more active than normal when missing.

“We were able to show in mouse models that the absence of the protein SPRED2 alone can trigger an excessive grooming behavior,” Kal Schuh, professor at the Institute of Physiology at JMU, said in a press release. Previous studies have implicated multiple factors as being responsible for OCD but no clear trigger had been identified until now.

“It is primarily the brain-specific initiator of the signal pathway, the receptor tyrosine kinase TrkB, that is excessively active and causes the overshooting reaction of the downstream components,” said Dr. Melanie Ullrich, a biologist at JMU.

Researchers found that administering an inhibitor to lower the effects of the overactive signal cascade improved OCD symptoms in the mice. The team also treated OCD in the mice with an antidepressant.

“Our study delivers a valuable new model that allows the disease mechanisms to be investigated and new therapy options for obsessive-compulsive disorders to be tested,” Schuh said.

The discovery of the link between OCD and the Ras/ERK-MAP kinase cascade could lead to the development of new therapies to treat OCD, the researchers say.

The study was published in Molecular Psychiatry.