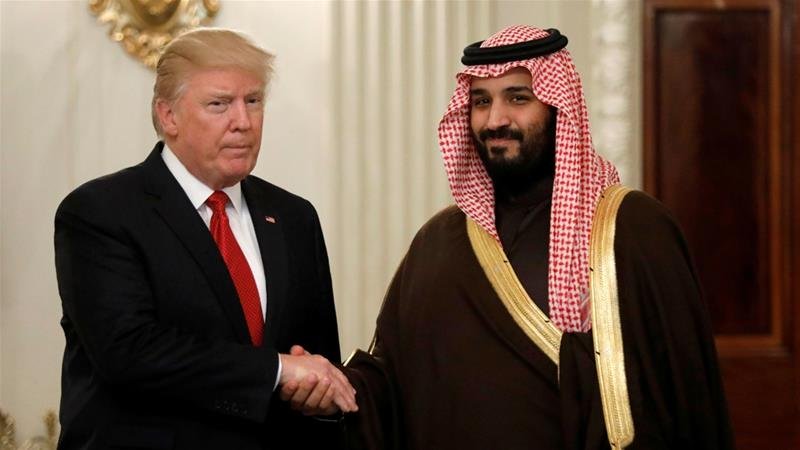 Saudi Arabia has hailed a “historic turning point” in relations with the United States after a meeting between US President Donald Trump and Deputy Crown Prince Mohammed bin Salman at the White House.

The meeting on Tuesday was the first since Trump’s January 20 inauguration with a prince who is leading the kingdom’s efforts to revive state finances and is also its defence minister.

“The meeting today restored issues to their right path and form a big change in relations between both countries in political, military, security and economic issues,” a senior adviser to Prince Mohammed said in a statement.

The talks appeared to signal a marked difference from Riyadh’s often fraught relationship with the previous administration of Barack Obama, especially  following the 2015 Iran nuclear deal.

The deputy crown prince viewed the nuclear deal as “very dangerous”, the senior adviser said, adding that both leaders had identical views on “the danger of Iran’s regional expansionist activities”.

The Trump White House has said the deal was not in the best interests of the US.

Referring to a US travel ban on six Muslim-majority countries, the adviser said that Prince Mohammed did not regard it as aimed at “Muslim countries or Islam”.

Earlier this month Trump signed a revised executive order banning citizens from Yemen, Iran, Somalia, Syria, Sudan, and Libya from travelling to the US but removed Iraq from the list, after a first attempt was blocked in the courts.

The senior adviser said Prince Mohammed “expressed his satisfaction after the meeting on the positive position and clarifications he heard from President Trump on his views on Islam.”

The two leaders also discussed opportunities for US companies to invest in Saudi Arabia.

Obama late last year suspended the sale of US-made precision-guidance munitions to the Saudis, a reaction to thousands of civilian casualties from Saudi-led air raids in Yemen.

US officials said Trump was considering ending that ban and approving the sale of guidance systems made by Raytheon Co.

The US State Department has approved the move, which awaits a final White House decision, the officials said.

Gregory Gause, a Gulf expert at Texas A&M University, said that while Saudi Arabia might find the “atmospherics” of its relations with Trump better than those with Obama, it might find less change than it hopes on key issues.

For example, he said, Trump is unlikely to mount a major, costly effort to counter Iranian influence in Iraq, or to launch a full-scale campaign to oust Syrian President Bashar al Assad, as Riyadh might wish.

“I think they’re going to find rhetorically that the new administration says things and uses language they like more,” said Gause. “But I think on the ground, we’re not going to see an enormous difference.”