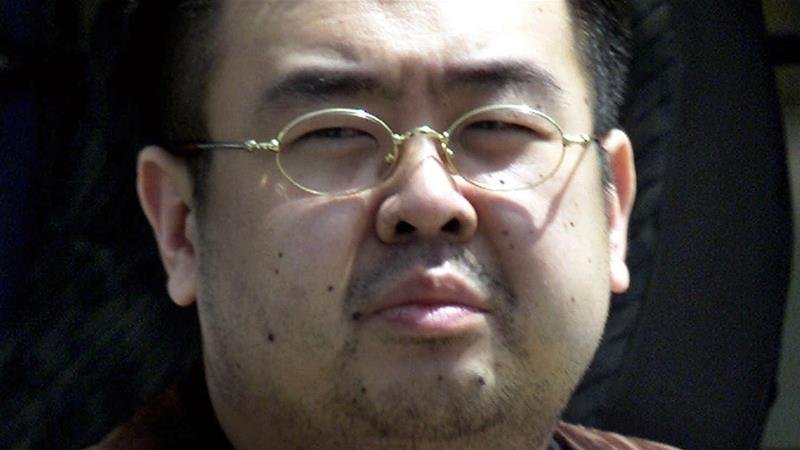 In a statement on Wednesday, Deputy Prime Minister Ahmad Zahid Hamidi said police “confirmed that the identity of the body is Kim Jong-nam based on the sample taken from his child”.

He did not say when and where the DNA sample was taken.

Kim Jong-nam – who was carrying a passport bearing the name Kim Chol – was killed at Kuala Lumpur International Airport on February 13.

He was allegedly murdered by two women – an Indonesian and a Vietnamese – who reportedly smeared his face with VX, a chemical classified by the United Nations as a weapon of mass destruction.

VX is a fast-acting toxin that causes respiratory collapse and heart failure. Tiny amounts of the poison are enough to kill an adult, whether it is inhaled or absorbed through the skin.

The women told diplomats from their home countries that they thought they were participating in a prank for reality television.

Malaysian police have since identified seven other North Koreans wanted in connection with the killing. Four of them are believed to have left the country on the day Kim was killed.

Police say the other three, including a North Korean diplomat and an employee of Air Koryo, North Korea’s state airline, are believed to be in the North Korean Embassy in Kuala Lumpur.

Although Malaysia has never directly accused North Korea of being behind the attack, some analysts speculate that it orchestrated it. North Korea has fiercely denied that accusation.

Officials say that Kim Jong-nam’s body has been embalmed and that his relatives will be given two to three weeks to claim it.

The killing triggered a bitter diplomatic spat between Malaysia and North Korea, with each country expelling each other’s ambassadors and refusing to allow each other’s citizens to leave.

There are nine Malaysians in North Korea – three embassy staff members and their family members. About 315 North Koreans are in Malaysia.

The two countries have scrapped visa-free travel for each other’s citizens.

A leading regional security expert told the AFP news agency last month that it would not have been difficult to get VX into Malaysia in a diplomatic pouch, which would not be subject to regular customs checks.

North Korea has previously used the pouches “to smuggle items including contraband and items that would be subjected to scrutiny if regular travel channels were used,” said Rohan Gunaratna, the head of the Singapore-based International Centre for Political Violence and Terrorism Research.

Kim Jong-nam reportedly fell out of favour with his father, the late Kim Jong-il, in 2001 when he was caught trying to enter Japan on a false passport to visit Tokyo Disneyland.

Kim Jong-nam was not known to be seeking political power, but his position as eldest son of the family that has ruled North Korea since it was founded could have made him appear to be a danger to his half-brother Kim Jong-un.

North Korea has blamed the United States and South Korea for the high-profile murder.

Kim In-ryong, North Korea’s deputy UN ambassador, told reporters that “from A to Z, this case is the product of reckless moves of the United States and South Korean authorities”.

Washington and Seoul were trying to tarnish the North’s image and bring down its social system, Kim said on late Monday in New York.