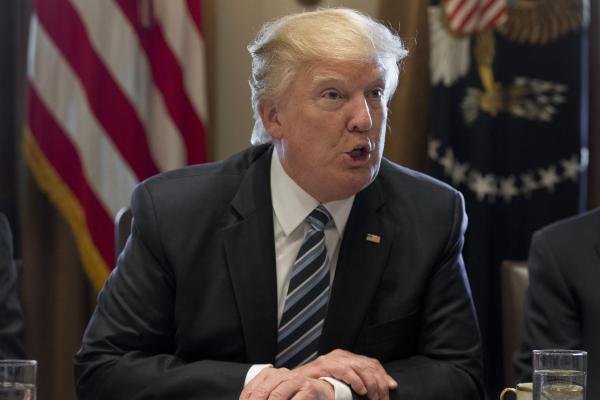 The papers also showed a writedown of $103.2 million in business losses.

Maddow tweeted about obtaining the tax documents in the hours before she said she planned to release the details on her show. Prior to the program, the White House released a statement saying Trump also paid “tens of millions of dollars in other taxes, such as sales and excise taxes” and describing the business losses listed as “large-scale depreciation for construction.”

“Before being elected president, Mr. Trump was one of the most successful businessmen in the world, with a responsibility to his company, his family and his employees to pay no more tax than legally required,” the statement said.

The White House also criticized the “dishonest media” for the report on the “illegally published” tax returns.

“Despite this substantial income figure and tax paid, it is totally illegal to steal and publish tax returns,” the White House said. “The dishonest media can continue to make this part of their agenda, while the president will focus on his, which includes tax reform that will benefit all Americans.”

Trump responded to the report on Twitter on Wednesday morning, questioning how the documents were obtained. Johnston said he did not solicit the tax documents.

“Does anybody really believe that a reporter, who nobody ever heard of, “went to his mailbox” and found my tax returns? [NBC News] FAKE NEWS!” Trump wrote.

Trump did not release any of his recent tax returns during the presidential campaign, breaking with decades of tradition. He initially promised to release the information, then said he wouldn’t because they were under audit. The Internal Revenue Service said an audit would not prevent a person from making their tax returns public, and it did not confirm Trump was under audit.