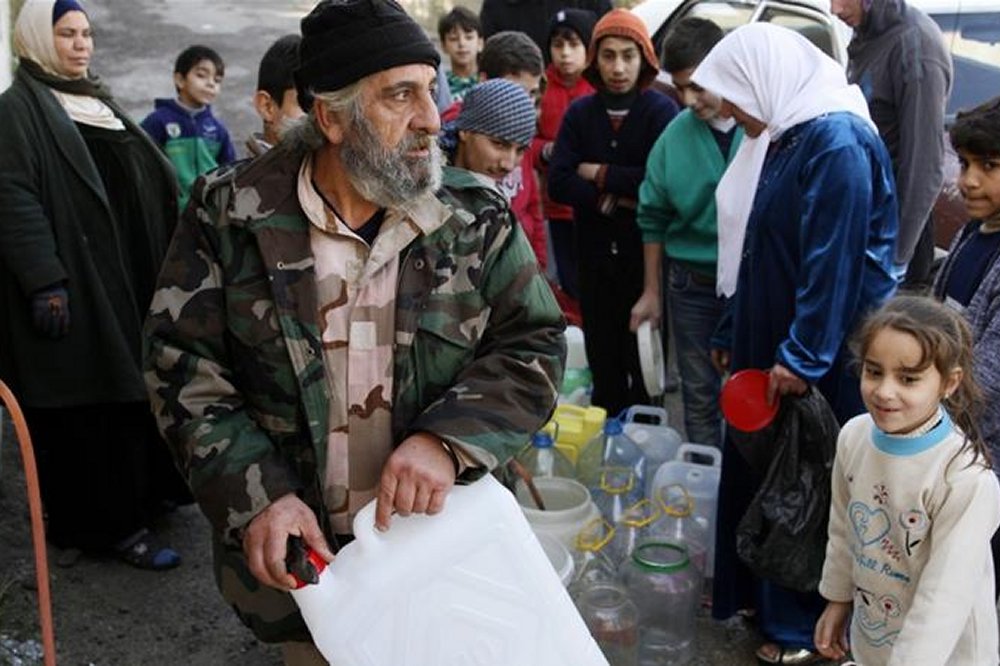 United Nations investigators have accused Syria’s air force of deliberately bombing water facilities in December on the outskirts of Damascus, a war crime that cut off water for 5.5 million people in and around the capital.

Rebels had controlled the springs of the Wadi Barada valley, northwest of Damascus, since 2012 and faced a major offensive by Syrian government forces and their allies, despite a ceasefire deal. The rebels withdrew at the end of January.

The UN Independent International Commission of Inquiry on Syria on Tuesday said it had found no evidence of deliberate contamination of the water supply or demolition by armed groups, as the Syrian government maintained at the time.

The commission said there were no reports of people suffering water contamination on or before December 23, when the Syrian air force hit Ain al-Fijeh spring with at least two air raids.

“While the presence of armed group fighters at (the) spring constituted a military target, the extensive damage inflicted to the spring had a devastating impact on more than five million civilians in both government and opposition controlled areas who were deprived of regular access to potable water for over one month,” the commission’s report, which based its conclusions on interviews with residents and satellite imagery, as well as publicly available information, said.

“The attack amounts to the war crime of attacking objects indispensable for the survival of the civilian population, and further violated the principle of proportionality in attacks.”

In a separate incident, aircraft – most likely Syrian or Russian – bombed the long-standing headquarters of the Syrian Arab Red Crescent in the town of Idlib, the report, which covered the period between July 21, 2016, and February 28 this year, said.

The commission also documented the use of lethal chlorine gas on multiple occasions by government and pro-government forces, in the suburbs of Damascus and Idlib province.

On January 8, civilians were wounded in Baseemeh village near Damascus when pro-government forces used chlorine munitions.

In January and February, the UN investigators documented four additional chlorine attacks in the eastern Ghouta area, which were aimed at frontline fighting positions.

Using such weapons amounts to war crimes and violates the international pact that bans chemical munitions, the report said.

There was no evidence of Russian involvement in chlorine attacks, the report said.

“That report [March 2] said that the Syrian government had been responsible for numerous war crimes,” Challands said, citing the dropping of chlorine bombs over Aleppo and the bombing of a UN aid convoy which led to multiple deaths.

“It also put some of the blame on the rebel forces, saying they were guilty of indiscriminate attacks on western Aleppo.”

Meanwhile, the Syrian opposition said it would not attend a third round of Syria talks on Tuesday in Astana, leaving little hope for a breakthrough in ending the six-year conflict.

Osama Abu Zaid, a spokesman for the rebels, said they had taken a final decision not to go to the talks as a result of Russia’s failure to end what the opposition says are widespread violations of a Turkish-Russian brokered ceasefire last December.

“Currently, the decision is not to go as a result of Russia continuing its crimes in Syria against civilians and its support of the crimes of the Syrian regime,” he said, adding that they had informed Turkey, a main backer of the rebels, of their decision.

For its part, the Syrian government blamed Turkey for opposition forces boycotting the Astana meeting.

“Turkey should bear the responsibility for the failure of the opposition to attend Astana 3,” Syrian government representative Bashar Jaafari said in comments carried by state news agency SANA.