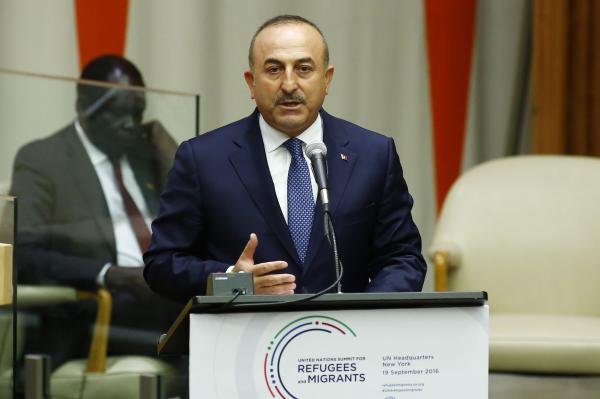 Turkey has suspended high-level political talks with the Netherlands and banned the Dutch ambassador from returning to Ankara amid an escalating diplomatic dispute.

During a speech on Tuesday, Turkish Deputy Prime Minister Numan Kurtulmus described the actions as “political sanctions.” He said Turkey has a right to protect its dignity and law, but sees damage to its sovereignty coming from many countries in Europe — “mainly in the Netherlands.”

The recent diplomatic spat stems from the Dutch government preventing Turkish Foreign Minister Mevlut Cavusoglu’s flight from landing in Rotterdam where he was scheduled to speak at a rally in favor of a “yes” vote on a referendum on constitutional changes that would give Turkish President Recep Tayyip Erdogan more power.

The Dutch government said Cavusoglu’s permissions were revoked due to “risks to public order and security” ahead of the Netherlands’ general election on Wednesday. Erdogan described the move as an example of “fascist practices” and referred to the Dutch government as “Nazi remnants.” The diplomatic incident led to protests in Netherlands and Turkey by Turkish citizens.

“In the end, you will see the Netherlands will be brought to the point of apologizing,” Kurtulmus said on Monday.

On Monday, Cavusoglu questioned the decision by the Netherlands to prevent him from holding a political rally. He suggested rising racism, xenophobia and Islamophobia in the Netherlands and in other European countries was the reason for the diplomatic dispute.

“Why this time am I a terrorist? Are the Turks living in this country terrorists?” Cavusoglu said during a CNN interview. “Is there any one single Turkish Turk radicalized? They say no. So what is the security problem then? They don’t give me any detail, I am the foreign minister of Turkey. I am not a terrorist. This is just excuse, unfortunately, to hide the real reasons.”