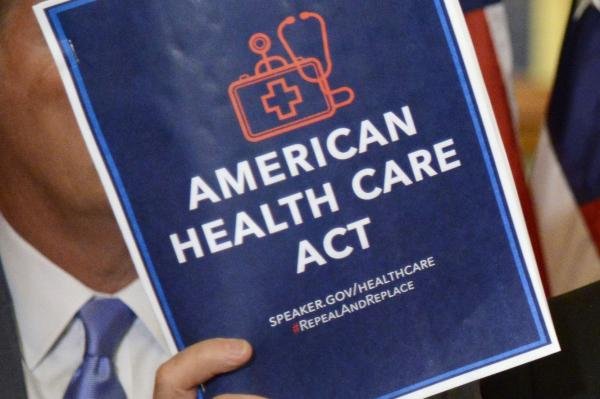 The Republican plan to repeal and replace former President Barack Obama’s Affordable Care Act would provide relief for the federal budget, but it would result in 24 million more uninsured Americans over the next decade, a non-partisan analysis said Monday.

GOP lawmakers are working to pass their American Health Care Act as a replacement for the ACA — known informally as Obamacare — but the proposal has met with resistance among Democrats and some Republicans.

For weeks, critics have chided Republicans for moving too quickly to eliminate the ACA and with no replacement program lined up. Some also scolded the party for making efforts to move along the AHCA in the House before a review by the non-partisan Congressional Budget Office.

Among its chief findings, the CBO report stated the Republican plan will likely reduce federal deficits for the next decade by $337 billion but it would also result in 24 million more Americans without medical coverage by 2026.

“To estimate the budgetary effects, CBO and the Joint Committee on Taxation (JCT) projected how the legislation would change the number of people who obtain federally subsidized health insurance through Medicaid, the nongroup market, and the employment-based market, as well as many other factors,” the report said.

About 52 million people would not have coverage in 2026 under the AHCA. If the ACA remained, 28 million would be uninsured, the CBO said.

The speaker said the GOP proposal is far better than the ACA, which he described as “collapsing.”

“Obamacare is imploding,” President Donald Trump, who met with leaders at the White House Monday to discuss healthcare, tweeted. “It is a disaster and 2017 will be the worst year yet, by far!

“Republicans will come together and save the day.”

At the White House meeting, Trump criticized news media for “making Obamacare look so good” and trying to make Republicans look bad with the new plan.

“And I said it once, I’ll say it again: because Obama’s gone. Things are going to be very bad this year for the people with Obamacare.”

“We disagree strenuously with the report that was put out,” Health and Human Services Secretary Tom Price said. “It’s just not believable is what we would suggest.”

Price said Sunday that “nobody will be worse off” with the Republican plan.

Last week, the AHCA was approved by two House committees and is expected to receive a vote in the full House as soon as this week.

Some Republican lawmakers have stated they will not support any proposal that leads to large swaths of the country without coverage. The CBO estimates, though, that some of the Americans losing coverage under the ACHA would do so voluntarily, as the plan eliminates the federal mandate imposed by the ACA.

“Some of those people would choose not to have insurance because they chose to be covered by insurance under current law only to avoid paying the penalties, and some people would forgo insurance in response to higher premiums,” the report said.

The majority of the losses in coverage, though, would be due to the ACHA’s rollback of the ACA’s Medicaid expansion, which resulted in many uninsured Americans gaining coverage under the Obama program. The AHCA would revoke the expansion by 2020.

In the next couple years, the report estimates, the average premiums for single policyholders in the non-group market would be 15-20 percent higher than they would be under the ACA — mainly because healthy participants, who balance out the costs for sick patients, would have less incentive to sign up for coverage.

The Obama administration imposed the federal mandate, requiring all Americans without private insurance to participate, as a means to ensure cost balance in the domestic insurance industry. Without it, the CBO predicted, insurance companies would have no choice but to raise premiums in the near term.

The office said that rise in premiums, though, would begin to fall around 2020 and be 10 percent lower than they would be under the ACA by 2026. The decline would be due to several factors, like government grants, the elimination of industry quotas and and a younger mix of enrollees, the CBO report said.

“Of course the CBO is going to say if you’re not going to force people to buy something they don’t want to buy, they won’t buy it,” Ryan added. “What I’m encouraged [by] is, once our reforms kick in … it’s going to lower premiums — it will lower premiums 10 percent.”

Conservatives have panned the Republican proposal because they say it doesn’t go far enough in its revocations of the ACA.

The AHCA would also slash federal deficits by $337 billion in the next decade, primarily because the government would reduce Medicaid spending and subsidies given to Americans to purchase coverage.

House Minority Leader Nancy Pelosi, D-Calif., who has been perhaps the biggest critic of GOP efforts to replace the ACA, on Monday called the plan “immoral” in light of the new analysis.

“How can Republicans look their constituents in the eye and tell them their bill will kick 24 million off coverage?” she asked. “The only decent thing for Republicans to do is pull their ‘Pay More For Less’ bill from consideration before it hurts the American people.”