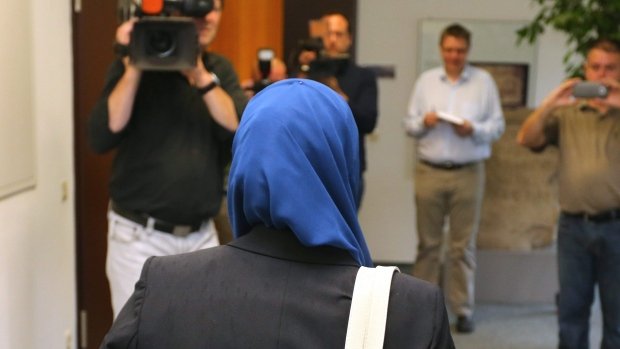 A ruling by the European Court of Justice on Tuesday allows employers to ban the hijab, or Muslim headscarf, in the workplace.

While non-binding, the ruling comes just before elections in Europe in which mass immigration from Muslim countries is a major issue. The Netherlands will vote Wednesday in parliamentary elections, and France will elect a new president in May. In both countries, the views of far-right, anti-Muslim populists are at the center of public discourse.

In two cases involving the wearing of a hijab in the workplace, the court judges ruled that an internal policy “which prohibits the visible wearing of any political, philosophical or religious sign does not constitute direct discrimination.”

One case involved Asma Bougnanoui, a Muslim woman fired in France when she refused to remove her headscarf after a client complained and her employer ordered that she remove it. There was no internal rule at Micropole, the employer, regarding headscarves.

In the second case, involving a British firm with a Belgian office, receptionist Samira Achiba asked her employer’s approval to wear a headscarf after three years on the job. The company dismissed her, citing a prohibition on “political, philosophical or religious signs.”

The court ruling specifically upheld the principals of freedom of religion without defining them, while rejecting certain displays of religion. Courts in France and Belgium will settle the particular cases.

The ruling precedes the election in the Netherlands, where the political party of openly anti-Muslim leader Geert Wilders has grown rapidly. Similarly in France, still dealing with the aftermath of terrorist bombings in Paris, the far-right National Front party is growing, and its leader, Marine Le Pen, is likely to qualify for the second round of the presidential vote.