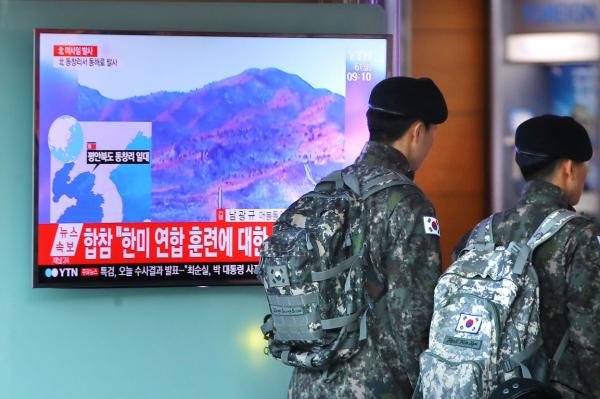 The senior North Korea diplomat who defected to the South from Pyongyang’s Embassy in London said Kim Jong Un’s nuclear ambitions could bring about state collapse.

Thae Yong-ho, who recently compared Kim to the Roman emperor Nero, said North Korea is headed down a dangerous path as it seeks recognition as a nuclear weapons state like “India or Pakistan,” Voice of America reported Tuesday.

“The Kim Jong Un regime will never give up nuclear weapons,” Thae said.

The high-profile defector added North Korea could “fall apart” if the regime decides to conduct a major nuclear test at its Punggye-ri nuclear site, where Pyongyang conducts tests of weapons of mass destruction.

According to 38 North, the activity indicates North Korea may be prepared to conduct additional underground nuclear tests.

Thae said Tuesday the site is located on a road that connects Pyongyang to Hamgyong Province, and that “roads and railways that go up north pass by the nuclear test site.”

“If a large explosion takes place and the area becomes contaminated with radiation while Pyongyang loses control of the border region of North Hamgyong Province, mass defections could take place,” Thae said.

A nuclear failure in a “small country like North Korea” could lead to disaster, the defector said, adding China and the international community must be aware of the danger.

In an annual ranking of militaries around the world, South Korea troops ranked the 11th most powerful in 2016, while North Korea’s military strength ranked 25th in the survey by website Global Firepower.