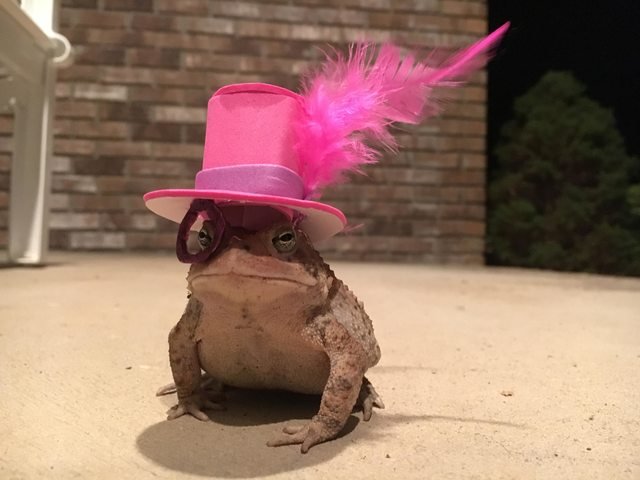 An Alabama man noticed a toad hanging out on his front porch “needed a hat,” so he created several — and photographed the amphibian’s fashion show.

Redditor 1158pm said he had spotted the toad hanging out on his front porch on multiple occasions, so he decided to make some hats out of foam paper and other craft supplies.

He shares photos of the toad sporting the tiny hats on Reddit.

The photo gallery included a photo of the Redditor’s dog, Daisy, wearing one of the tiny hats “for scale.”

“I have a degree in art and a hobby of making things… if I think of something to make, I typically end up making it to see if I can do it. I now wish I spent more than 5-10 minutes per hat,” 1158pm wrote.