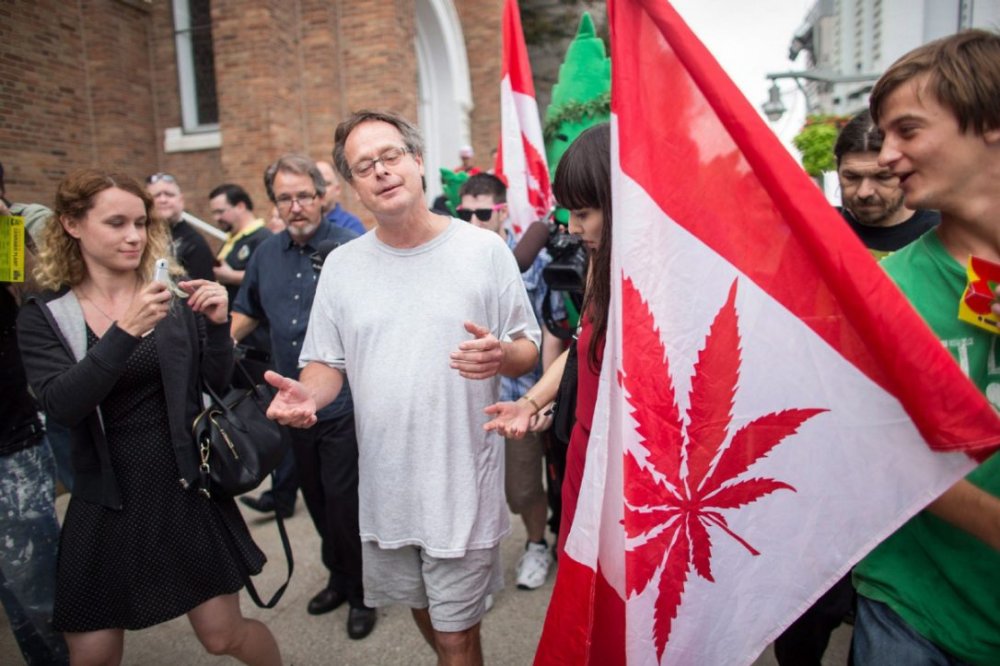 As Canada’s self-described Prince of Pot and his wife awaited a bail hearing Thursday, police were raiding their pot business.

“It appears they were arrested at the airport and not as part of a raid,” he posted at 1:45 a.m.

Then, at 11:30 a.m. on Thursday, the couple’s chain of dispensaries – Cannabis Culture – posted on Facebook a video of their Church St. location in Toronto being raided by Toronto Police.

Tousaw then tweeted that it wasn’t an isolated raid. “Cannabis Culture stores across Canada being raided at behest of Toronto Police. Get out and protest, call your MP/MLA/TPS and have your say,” he said.

Toronto Police released a statement at noon, confirming 11 search warrants were being executed in “Toronto, the Hamilton area and Vancouver as part of Project Gator, a Toronto Police Service project targeting marijuana dispensaries.”

Police spokesman Mark Pugash said five people have been arrested, adding details of the charges were being finalized.

No employees of the dispensaries were arrested, Pugash said.

“Our history of enforcing the law against illegal cannabis dispensaries is well established,” he said. “This is the latest effort in our law enforcement, and I’m certain there will be further action.”

The Emerys were not granted bail and will appear again at Old City Hall court on Friday.

The Emerys’ lawyer Jack Lloyd couldn’t say what the charges against his clients were.

“I can’t talk about the arrests, but they are dispensary related,” he said.

Arguably one of the most well-known marijuana advocates in the country, Marc Emery is no stranger to the legal system, having been arrested numerous times over the years in Canada for pot-related offences.He also served more than four years in a U.S. federal prison for selling marijuana seeds across the border from his Vancouver business.

Emery posted on Facebook on Wednesday around 7 p.m. that he and his wife were headed to cannabis expo Spannabis in Barcelona.

Cannabis Culture has at least three stores in Toronto, and sells to anyone aged 19 and over, without membership or medical requirements.

The Emerys were expected to have a bail hearing at Old City Hall on Thursday.

One suspect, one witness detained after Quebec mosque attack