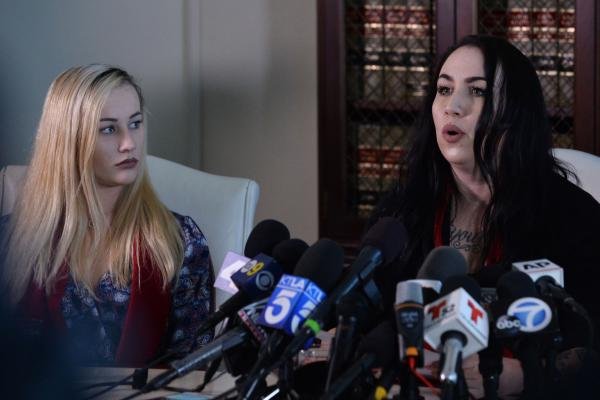 New York Sen. Kristen Gillebrand has called for a committee hearing and investigation of the alleged sharing of nude photos of dozens of women on a private Facebook group used by current and former Marines.

The Democrat on Wednesday said the Senate Committee on Armed Services should discuss the matter. In a letter, she said she seeks to determine if the online sharing of nude photos is part of a larger pattern of misconduct.

“This unacceptable behavior spotlights a culture of disrespect for female service members that undermines good order and discipline in the military and weakens military readiness,” Gillibrand wrote.

The senator’s letter came on the same day a former Marine expressed her disgust with the scandal in which nude photos of herself and others appeared on a social media website.

Erika Butner, 23, who retired from the U.S. Marine Corps in January after a four-year term, commented on the appearance of her photo, and nude photos of about two dozen other former and current female Marines, on a Facebook group called Marines United. The group is not sanctioned by the U.S. military, and the page has since been taken down. The photos were accompanied by personal information, and comments condoning sexual assault and rape.

“I am disheartened and disgusted with this scandal,” she said in Los Angeles, accompanied by her attorney, Gloria Allred. “Victim blaming, and the excuse that some are giving, that ‘boys will be boys,’ needs to stop. As a rape survivor, I can tell you this exact behavior leads to the normalization of sexual harassment and even sexual violence.

“I knew some of these women did not give their permission to post their photos and some were not aware that they were posted.”

She said she contacted Google Inc. and the Naval Criminal Investigative Service in January after she learned of the existence of the page. Allred said Marine Corps Commandant Gen. Robert B. Neller was also informed. Allred requested Neller meet with women who have received similar online harassment.

Neller referred to the scandal as “embarrassing to our Corps, to our families and to the nation.”