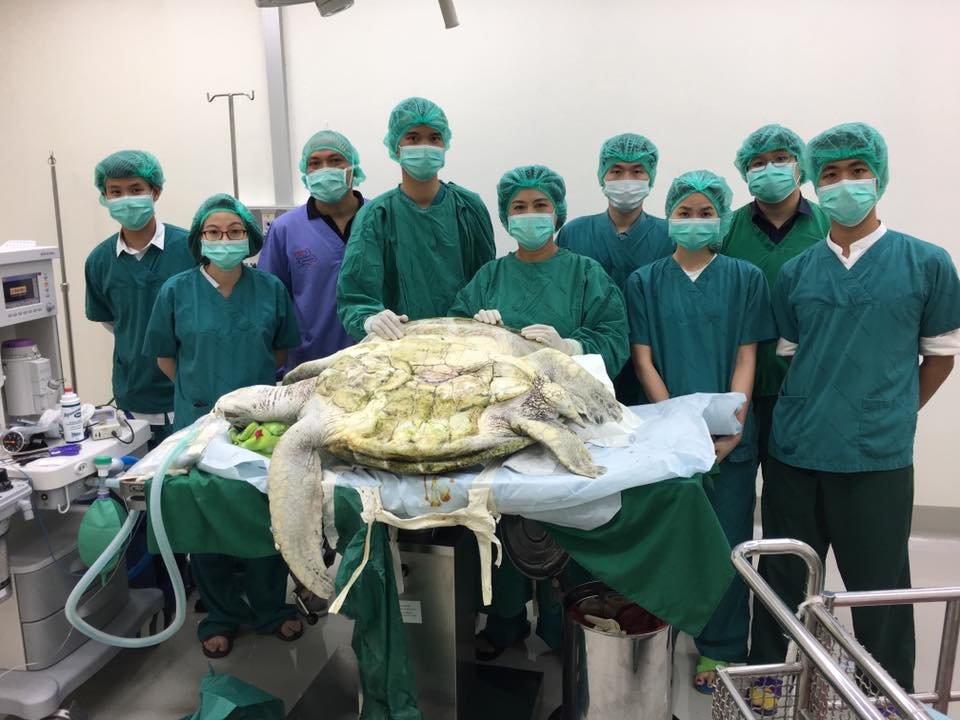 Veterinary surgeons in Thailand saved the life of a 25-year-old turtle whose name means “piggy bank” by removing 915 coins from her abdomen.

Nantarika Chansue, a veterinary scientist at Chulalongkorn University and the country’s leading expert on sea turtles, said Omsin the turtle spent years living in a pond in Sri Racha, where residents and visitors would throw coins to the amphibian as part of a good luck ritual.

Chansue said Omsin, whose name means “piggy bank,” was brought to her when the animal’s health began to fail and a CT scan revealed the cause of Omsin’s discomfort — a giant clump of coins in her abdomen.

“It’s torture for animals after they eat the coins people throw into ponds,” Chansue told Khaosod. “Instead of getting merit, you actually commit a sin.”

More than a dozen surgeons and assistants worked for seven hours to remove the 915 coins, totaling 11 pounds of metal, from inside the turtle.

“We found coins both in her stomach and intestines,” Chansue said. “If we didn’t operate on her then she wouldn’t have been able to eat or defecate, and would have soon died.”

Chansue said in a Facebook post the turtle is on the mend and already breathing easier after losing nearly 10 percent of her body weight in the surgical procedure. She said the turtle will be observed for another couple of weeks while recovering from the surgery before being transferred to a conservation center.