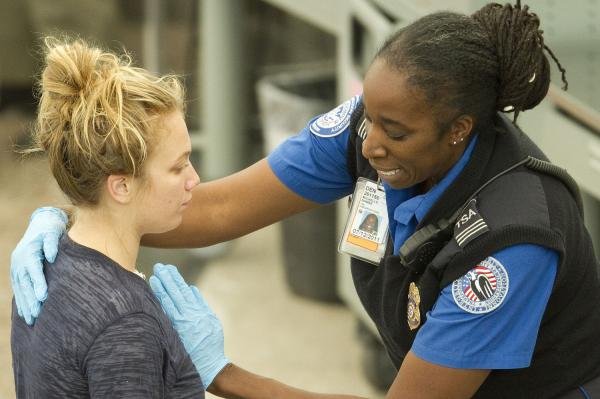 The TSA won’t describe the new procedures, but warns travelers on its website that they may include “inspection of the head, neck, arms, torso, legs, and feet,” and may include “head coverings and sensitive areas such as breasts, groin, and the buttocks.”

“You may be required to adjust clothing during the pat-down,” the TSA statement says. “Pat-downs require sufficient pressure to ensure detection.”

According to a memo from the Airports Council International-North America, security screeners will use the front of their hands on passengers in private screening areas.

The TSA informed local police about changes in case anyone informs them about an “abnormal” federal frisking. The agency described it as a “situational awareness” for police about the new method, Christopher Bidwell, ACI-NA’s vice president of security, told Bloomberg.

“Due to this change, TSA asked FSDs [field security directors] to contact airport law enforcement and brief them on the procedures in case they are notified that a passenger believes a [TSA employee] has subjected them to an abnormal screening practice,” ACI wrote.

The new physical search is described as a more “comprehensive” screening, replacing five kinds of pat-downs now used. The new pat-down won’t involve any additional areas of the body, and still will be performed by agents of the same sex as passengers.

Pat-down searches usually occur for two reasons: a traveler refuses to walk through an imaging scanner or the scanner picks up on an unknown object.

They are also often done when a passenger has a one-way ticket, has paid for a ticket with cash, or purchased the ticket very close to the departure date.

The new pat-down was to go into effect at smaller airports in an attempt to “reduce the cognitive burden” on employees having to choose between five procedures.

Frequent traveler Joel Stratte-McClure told NBC News that a TSA agent at Redding Municipal Airport in California warned him the new procedure “would involve a more intense horizontal and vertical pat down” to look for concealed weapons hidden in a traveler’s pants.

“This was the most intriguing, intense and invasive pat-down I’ve had by the TSA since they came into existence,” Stratte-McClure said in an email to NBC News.