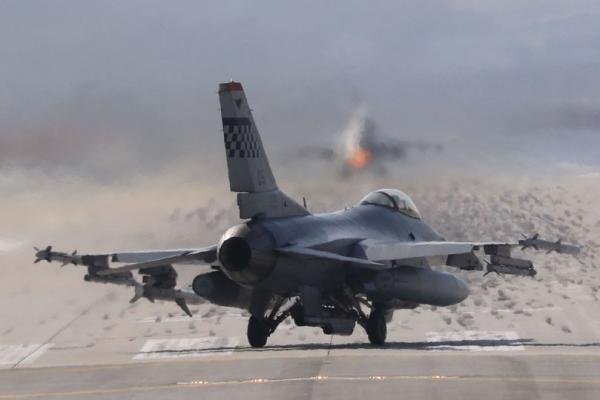 According to South Korea’s joint chiefs of staff, three of the four missiles landed in Japanese territorial waters, making it likely North Korea is rehearsing attacks against U.S. military stations in Japan, from where reinforcements for the Korean peninsula would arrive in the event of war.

The rockets, which all flew distances of 620 miles or less, could have been projectiles like the Rodong, the Scud-ER, or a modified missile like the Pukguksong-2, launched Feb. 12.

But the South Korea military is not ruling out the possibility that at least one of the missiles was an intercontinental ballistic missile, or ICBM, because of the location of the launch.

The station in Tongchang-ri, North Pyongan Province, has been the site of previously long-range rocket tests.

When the four missiles were launched at 7:34 a.m. Monday, South Korea’s ground-based Green Pine radar and an Aegis Combat System were able to detect then track the projectiles.

One missile flew as high as 160 miles in altitude, before reaching a horizontal distance of 620 miles, then crashing into Japanese territorial waters.

The four missiles were fired in succession in 10 minutes, and each missile was launched at different angles.

North Korea may have been sending a message in response to a joint U.S.-South Korea decision to deploy the THAAD anti-missile defense system, according to the report.

The United States and Japan are stepping up military coordination and launched a 12-day drill that is to include the deployment of the MV-22 Osprey, a multi-mission aircraft with both vertical takeoff and landing, and short takeoff and landing capabilities, the Mainichi Shimbun reported.

The exercises mark the first time the military is deploying the aircraft since a plane crash-landed in waters near Okinawa.

The U.S. military had grounded its entire fleet of Osprey aircraft after the incident.