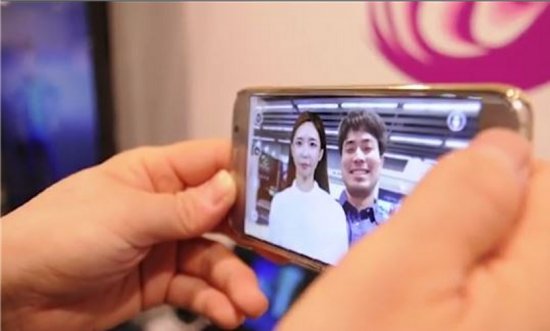 A South Korean company has developed software to allow people to communicate with a digital imprint of their loved ones after they are dead.

It isn’t quite a lifesize robot (yet) but it will create a 3D ‘avatar’ of the person, which you can talk to and take selfies with.

The ‘With Me’ app works by people signing up to it while they are still alive. They have to visit a scanning booth so that measurements of their face can be taken, to make the computer graphic realistic.

After this, they can be loaded into the app as a digital version of themselves.

People can have a conversation with them, tell them they love them, and even take a photo with them.

The ‘selfie’ aspect works by using augmented reality, similar to the way Pokemon Go shows a Pokemon on the camera screen when it isn’t actually there.

It was designed to help people finding it difficult to cope with grief at losing a family member or friend.

Eun Jin Lim from the company Elrois which developed the app, told the BBC: ‘I had my grandmother before and she passed away a few years ago but I really, really regret that she passed away and we didn’t have any pictures together.

‘I cannot take a photo with her anymore so in that case it would be great to use our avatars.’

She said the memories were not fake because the avatar was ‘realistic’ and would have helped her remember her grandmother ‘forever’.