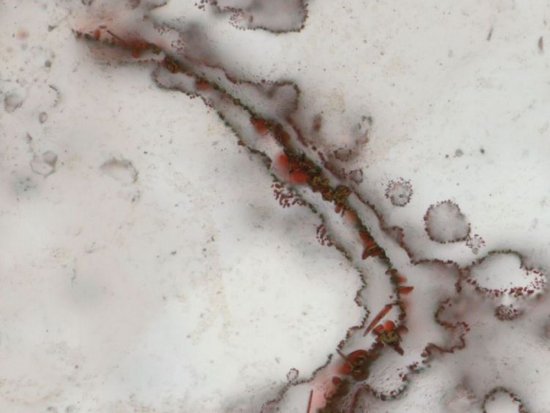 The discovery of what are thought to be the world’s oldest fossils could be “direct evidence” of life on Earth billions of years ago when the planet was still in its infancy.

Remains of microorganisms at least 3.77 billion years old have been found encased in quartz layers in northern Quebec’s Nuvvuagittuq Supracrustal Belt, in Canada.

The research team behind the discovery is made up of international scientists and led by a team at University College London (UCL).

Their study is published in the journal Nature.

UCL’s Matthew Dodd said the tiny fossils – half the width of a human hair and up to half a millimetre in length – lived near a vent in the seafloor where water was heated by a volcano.

The fossils take the form of red tubes and filaments made by ocean-living bacteria that fed on iron.

As they are nearly as old as Earth, the team’s finding could support previous indications that life may have begun in this environment.

Mr Dodd said: “These discoveries demonstrate life developed on Earth at a time when Mars and Earth had liquid water at their surfaces, posing exciting questions for extra-terrestrial life.

“If life happened so quickly on Earth, then could we expect it to be a simple process that could start on other planets?

“We could expect to find evidence for past life on Mars four billion years ago.”

It may also be true, he added, that Earth was “just a special case”.

The fossils could be older than the 3.7 billion years assigned to some other rock features found in Greenland, which were proposed to be fossils in August last year.

The key question with fossil discoveries is whether the rock features were produced by living organisms.

Some scientists are sceptical about the latest discovery.

Martin J Van Kranendonk, of the University of New South Wales in Australia, who reported the Greenland findings, said that the UCL findings are “not fossils”.

He added that the paper’s evidence for a biological origin fell short.

NASA geologist Abigail Allwood said the study was “one of the most detailed cases yet made” for evidence of life in rocks older than 3.5 billion years but added that it was “an extraordinary claim to make and you do need extraordinary evidence”.

“I think the jury is still out a little bit,” she added.

UCL said the researchers’ priority is to determine whether the remains from Canada had biological origins.

New evidence of Mars’ watery past