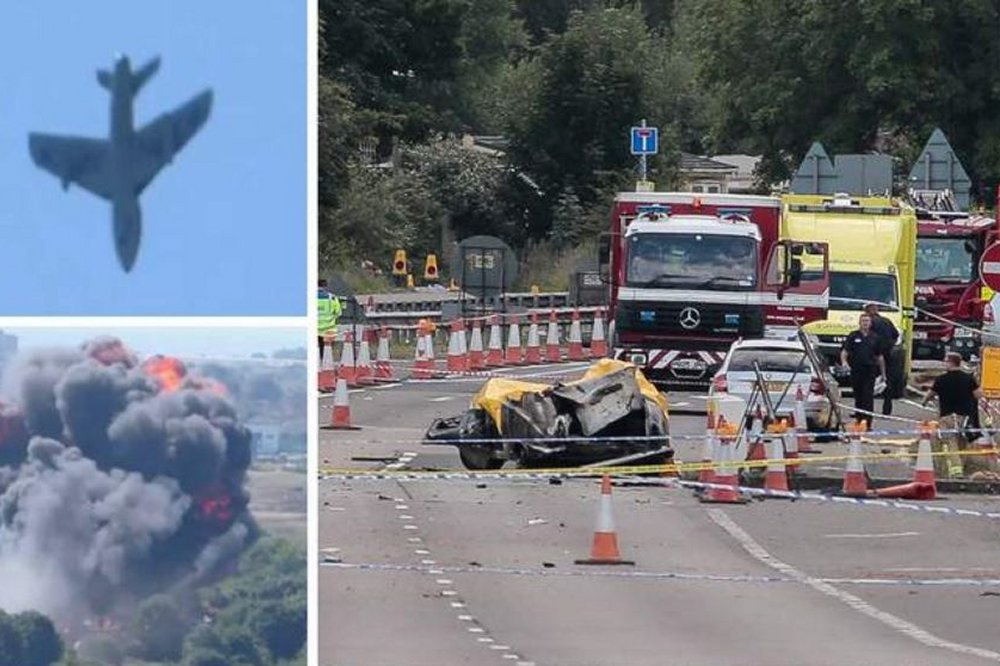 A series of pilot errors caused the Shoreham Airshow disaster, an investigation has found.

Eleven men died when a vintage Hawker Hunter aircraft crashed into the busy A27 in West Sussex in August 2015.

A final report by the Air Accidents Investigation Branch (AAIB) has found that pilot Andy Hill failed to gain enough height to complete the “bent loop” manoeuvre he attempted moments before crashing.

It would have been possible for him to abandon the manoeuvre, but it was concluded that Mr Hill either deemed it unnecessary or did not know how to pull out.

Mr Hill survived the crash and has been investigated by Sussex Police for manslaughter.

Over the last 18 months he has been interviewed seven times by the AAIB, but was unable to remember anything about the flight itself.

The report said: “The pilot had not received formal training to escape from the accident manoeuvre in a Hunter and had not had his competence to do so assessed.

“He had not practised the technique for escaping from the accident manoeuvre in a Hunter, and did not know the minimum speed from which an escape manoeuvre could be carried out successfully”.

The report also found the plane was not supposed to have been performing its display over the A27, but instead over the airfield.

The error meant that event organisers had no control over where the plane came down.

A risk assessment had been carried out, identifying that crowds often gathered on the A27.

However, the assessment was not fit for purpose and did not consider which particular aircraft would be displaying and the people most likely to be at risk.

Part of the fuel pump on the Hawker Hunter aircraft also showed signs of ageing and was not considered airworthy.

However, the AAIB confirmed that it was not a contributory factor.

It did, however, criticise the Civil Aviation Authority (CAA), which approves safety conditions at airshows.

The AAIB said it was only possible to assess safety by attending each particular site. However, in 2015, the CAA only attended 7% of the airshows that it had approved.

The report has made 32 recommendations, which focus on the maintenance of military planes, the quality of risk assessments and the permits pilots are given.

The parents of victim Matthew Grimstone, 23, said the AAIB report showed that the CAA and Shoreham Airshow organisers “have got much to answer for”.

In a statement, they said: “Rules laid down by the CAA were quite clearly inadequate and those that were there were, in some cases, not fully adhered to by the airshow organisers.”

Meanwhile, East Worthing and Shoreham MP Tim Loughton pressed Sussex Police and the CPS for a “swift decision” on whether any legal action should take place.

He said: “It is clear from the report that the aircraft was in a perfectly serviceable condition and had no obvious mechanical faults which would have inevitably resulted in the crash.

“Therefore it will now be up to the police investigators to determine whether any criminal act has been committed and who, if anybody, is culpable of having not taken action which might have prevented this accident.”