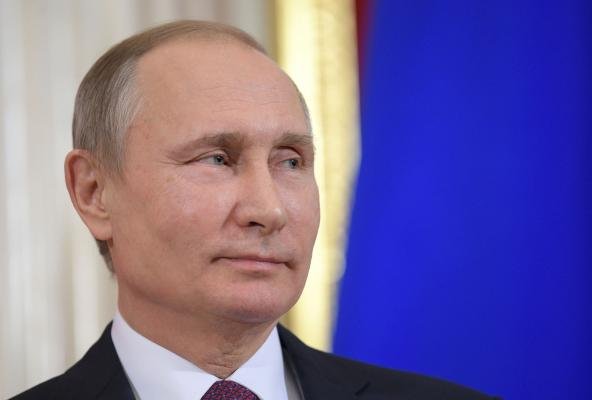 China and Russia on Tuesday vetoed a U.N. sanctions resolution against Syrian leadership.

The U.N. Security Council draft resolution, written by the United States, Britain and France, called for sanctions against 11 Syrian nationals and 10 entities connected to chemical attacks in Syria in 2014 and 2015.

“In terms of sanctions against the Syrian leadership, I think that now they are completely inappropriate. This would not help the negotiation process but would only interfere or undermine confidence,” Russian President Vladimir Putin said after a meeting in Bishkek, Kyrgyzstan. “Russia will not support any new sanctions in relation to Syria.”

Putin added that he was pleased with the conclusion of talks in Astana, Kazakhstan, which arranged a cease-fire and monitoring protocols in Syria, but acknowledged that U.N.-brokered peace talks in Geneva, Switzerland, are “not going as smoothly as hoped.”

Russia’s military involvement in Syria was instrumental in the survival of the Syrian government after six years of a civil war. Russian representatives are scheduled to meet Wednesday in Geneva with the High Negotiations Committee, the umbrella group of remaining Syrian anti-government groups.

Traveling with Putin, Gennady Gatilov, deputy foreign minister, offered optimism about the Geneva talks, saying, “Let’s hope that in this round we will be able to move forward on the path towards a solution to the crisis in Syria. I don’t know what they [the High Negotiating Committee] are going to insist on. That is why we are going to meet them, to know their position.”