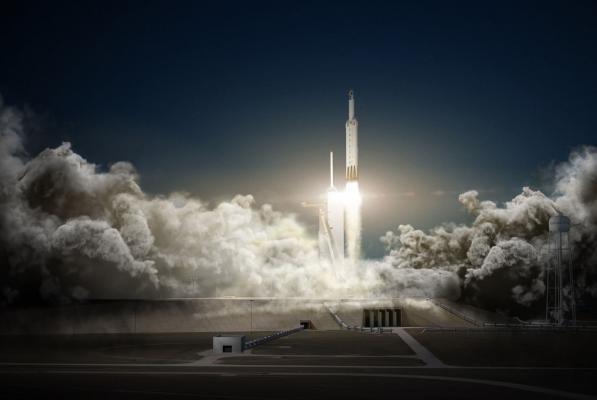 Next year, two private citizens are expected to become the first humans in nearly 50 years to fly beyond low Earth orbit and circle the moon, aerospace company SpaceX announced Monday.

SpaceX, which has been helping the U.S. National Aeronautics and Space Administration develop a spate of future missions, said the mission will launch in late 2018 and carry a crew of two civilians on its Dragon 2 spacecraft.

“Like the Apollo astronauts before them, these individuals will travel into space carrying the hopes and dreams of all humankind, driven by the universal human spirit of exploration,” SpaceX said in a news release Monday.

The mission will launch from Cape Canaveral, Fla., SpaceX said, and use the same launch pad that propelled the Apollo missions between 1966 and 1972.

“This presents an opportunity for humans to return to deep space … and they will travel faster and further into the Solar System than any before them,” the announcement said.

The company, founded by entrepreneur and philanthropist Elon Musk, said it expects to start fitness testing and training for the yet-to-be-identified citizens later this year. They will be identified after they have been cleared to fly, SpaceX noted.

“Fly me to the moon … Ok,” Musk tweeted Monday.

Monday’s announcement is the latest step toward what’s expected to be the triumphant return of humankind to the moon within the next decade. Earlier this month, NASA said it was considering adding astronauts to a lunar mission in late 2018. The project, titled EM-1, was initially conceived and planned only as an unmanned test flight for the agency’s Space Launch System rocket and Orion space capsule.

Some experts say placing a crew aboard EM-1, however, will almost certainly prove too impractical for NASA to go through with — meaning SpaceX’s civilian crew will most likely beat U.S. astronauts into lunar orbit.

No human being has been outside of low Earth orbit — the gravity-free zone between 99 and 1,200 miles above the planet’s surface — since Dec. 19, 1972, when the crew of Apollo 17 began its return descent to the Earth. Only 24 humans, all members of NASA’s Apollo program, have ever ventured beyond LEO.

SpaceX said Monday that it was approached for the mission by the private citizens, who paid the company a “significant deposit” for the space flight.

“We would like to thank NASA, without whom this would not be possible,” SpaceX said, noting that the agency has provided most of the funding for the Dragon 2 crew capsule. Still in the development stage, the spacecraft is scheduled to make its first unmanned test flight to the International Space Station in November. The Falcon Heavy rocket is also set to make its first test flight this summer.

SpaceX said it expects private missions, crewed with civilians, to continue beyond 2018.

“Designed from the beginning to carry humans, the Dragon spacecraft already has a long flight heritage,” the company said. “These missions will build upon that heritage, extending it to deep space mission operations, an important milestone as we work towards our ultimate goal of transporting humans to Mars.”