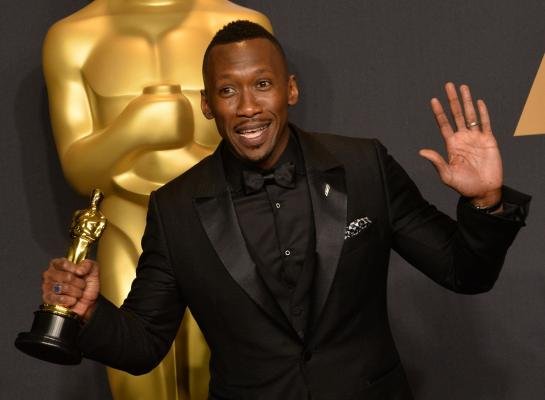 The cast and creative team behind La La Land took the stage and began giving their acceptance speeches when the error was called to light.

Several moments of confusion ensued before host Jimmy Kimmel appeared and confirmed: “This is very unfortunate what happened. Personally, I blame Steve Harvey for this. … Warren, what did you do?”

The La La Land stars, clearly embarrassed, handed over the statuettes and vacated the stage.

“I wanted to tell you what happened. I opened the envelope and it said, ‘Emma Stone, La La Land.’ That’s why I took such a long look at Faye and at you. I wasn’t trying to be funny,” Beatty said, stepping up to the microphone and insisting he had been given Stone’s Best Actress envelope instead of the Best Picture notice.

Holding up another card, he read, “This is Moonlight, the Best Picture.”

“Very clearly, even in my dreams, this could not be true. But to hell with dreams. I’m done with it because this is true,” Jenkins said. “Oh, my goodness!”