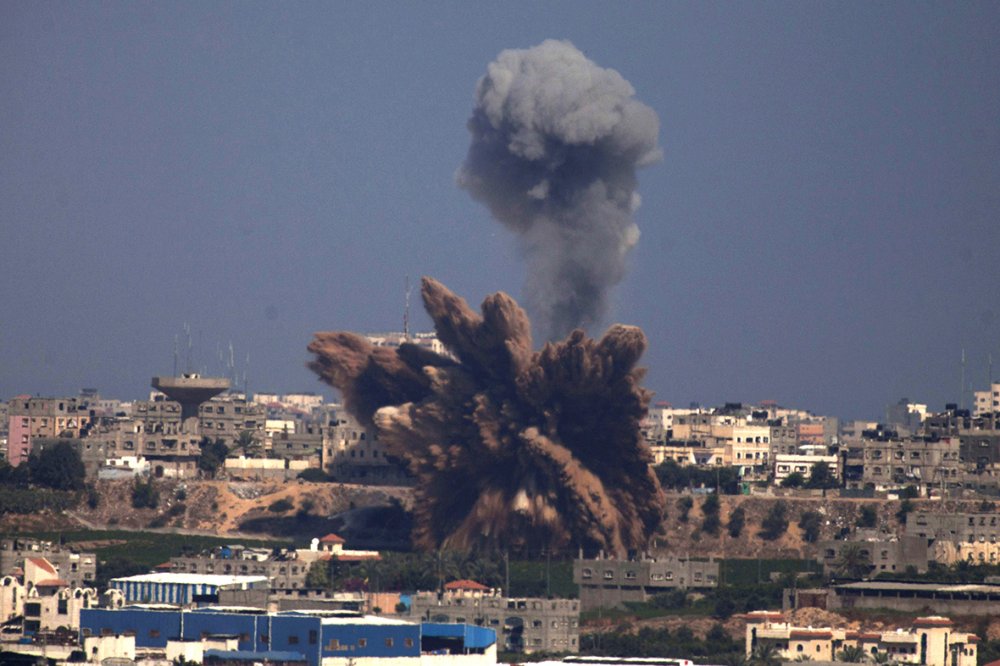 Israeli aircraft carried out a series of strikes in Gaza on Monday, wounding two people, health officials and witnesses said, after a rocket fired from the Palestinian territory struck southern Israel.

Witnesses said the aircraft attacked four security positions belonging to Hamas, the Islamist movement that runs the Gaza Strip, and that the two people hurt were passers-by.

The Israeli military said that earlier a rocket fired from the enclave landed in an open area in southern Israel, causing no casualties.

There was no immediate claim of responsibility for the Palestinian rocket fire.

Israel has said that Hamas bears overall responsibility for what happens in the territory.