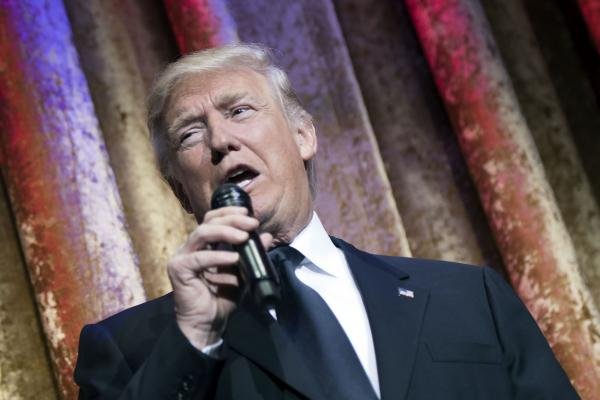 “I will not be attending the White House Correspondents’ Association Dinner this year. Please wish everyone well and have a great evening!” Trump wrote in his Twitter message.

The event’s sponsor, the White House Correspondents’ Association, released a statement saying the event will happen with or without President Trump’s presence.

“[The dinner] has been and will continue to be a celebration of the First Amendment and the important role played by an independent news media in a healthy republic,” WHCA president Jeff Mason said in the statement. “We look forward to shining a spotlight at the dinner on some of the best political journalism of the past year and recognizing the promising students who represent the next generation of our profession.”

Trump isn’t the only one bowing out. Vanity Fair, the New Yorker and Bloomberg have all cancelled plans for their annual after parties.

Should Trump follow through on his plans to skip the dinner, he would be the first president in three decades to do so.

The last president to skip the Correspondent’s Dinner was Ronald Reagan, who at the time was recovering for a gunshot suffered during a failed assassination attempt. President Reagan did, however, phone in a few remarks.