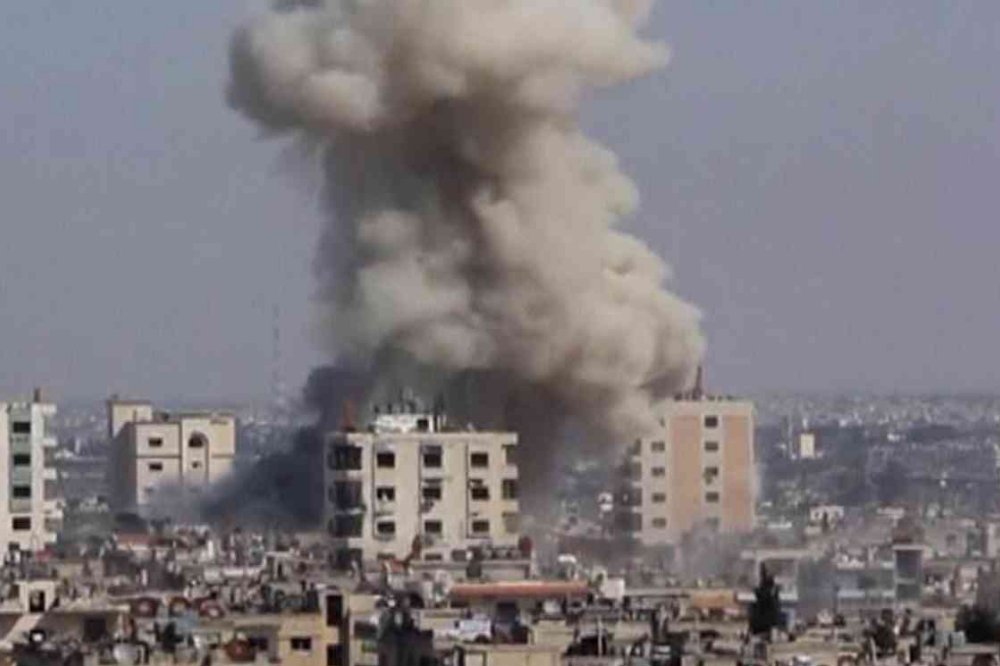 Deadly suicide attacks in the Syrian government-held city of Homs threaten to derail talks in Geneva, with government and opposition delegates in the Swiss city sparring over the violence.

General Hassan Daabul, an army intelligence chief and close confidant of President Bashar al-Assad, was among the dozens killed on Saturday in blasts targeting two security service bases in Homs.

The UK-based Syrian Observatory for Human Rights (SOHR) said at least 42 people were killed, but the provincial governor put the figure at 30 dead.

At a press conference in Geneva late on Saturday, Bashar al-Jaafari, lead government negotiator, demanded that the opposition delegation officially condemn the attacks in Homs.

If they failed to do so, the government would consider them “terrorists”, he said.

Jaafari focused nearly the entirety of his 45-minute press conference on the need to combat “terrorism”.

Later, at a separate press conference, leaders of Syria’s main opposition camp condemned the attacks in Homs as “terrorism”, but it was unclear which group they blamed for the attacks.

“Our positions are clear in condemning terrorism and terrorists,” said Nasr al-Hariri, the chief negotiator for the opposition High Negotiations Committee (HNC).

He singled out groups the opposition condemns including the Islamic State of Iraq and the Levant (ISIL) group and former al-Qaeda affiliate al-Nusra Front.

Al-Nusra Front became Jabhat Fateh al-Sham, which is the group that created Hay’et Tahrir al-Sham. In addition, he condemned the Syrian government itself and its affiliated Iran-backed militias.

However, in a follow-up question, Fateh Hassoun, Free Syrian Army (FSA) colonel, implied that the attacks were “facilitated” by the Syrian government.

“The region where the security branches are is very secure and no operation could reach it unless it was facilitated by the security forces,” he said.

“What happened today could be counted as liquidation by the regime of [detainees] who are wanted by international courts.”

Hassoun said he used to be an officer in state security.

“I know how the regime can use events to serve its purposes … and I know how they can twist things to effect the Geneva negotiations,” he said.

Almost all of Homs has been under government control since May 2014, when rebels withdrew from the centre under a UN-brokered truce deal.

But it has seen repeated bombings since, including twin attacks last year that killed 64.

The SOHR said that Syrian army air strikes on Saturday also killed 13 civilians across the country, including three in the last government-besieged rebel enclave of Homs, the al-Waer neighbourhood.

Speaking to Al Jazeera in Geneva, Issam al-Reis, spokesperson for the Southern Front branch of the FSA, accused the Assad government of staging Saturday’s attacks in Homs to influence the Geneva talks.

“During the last Geneva talks, an explosion happened in the government area of Sayyda Zeinab,” he said.

“But now, we’re talking about military and security branches, which is a military zone inside the [Homs] Green Zone. No one is allowed to enter these areas, not even close.

“This order is coming from the same branch … because the pressure the regime is getting from Russia to be in the ceasefire may have pushed the regime to find an excuse to launch an attack.”

In a statement released on Saturday evening, Staffan de Mistura, UN special envoy for Syria, said the “horrific terrorist attack” in Homs was an attempt to derail the peace talks.

“Spoilers were always expected, and should continue to be expected, to try to influence the proceedings of the talks,” the statement said. “It is in the interest of all parties who are against terrorism and are committed to a political process in Syria not to allow these attempts to succeed.”