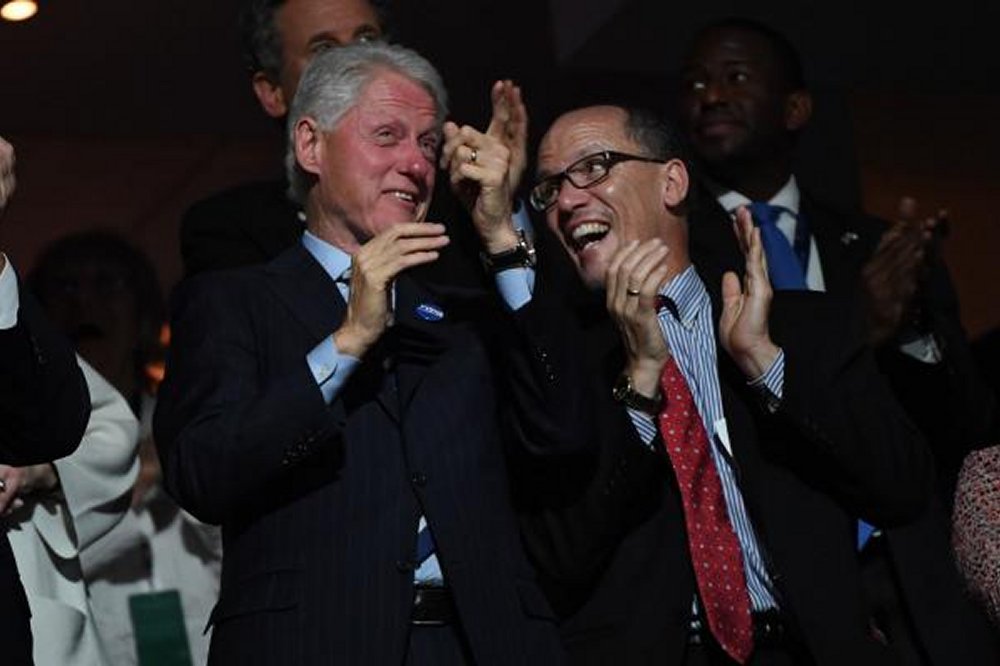 Tom Perez was elected as new chairman of the Democratic National Committee on Saturday in a contentious race. The former labor secretary beat out Keith Ellison, a congressman from Minnesota.

Ellison, who was backed by Vermont Sen. Bernie Sanders, was largely viewed as the preferred candidate of the progressive wing of the Democratic Party, while Perez was the favorite of establishment Democrats and allies of Hillary Clinton and Barack Obama.

Saturday’s vote was the first time in more than 30 years that the race for DNC chair was competitive. Often, candidates without sufficient support drop out before votes are cast. But no one was certain of the outcome prior to Saturday’s gathering of Democratic Party officials in Atlanta.

Perez’s total of 235 votes on the second ballot was enough to seal the chairmanship. He came within a single vote of meeting the threshold on the first ballot.

The 55-year-old Perez, whose parents were Dominican immigrants, is the first Latino to be elected chair of the DNC. Perez campaigned on a promise to reemphasize the “50-state strategy” popularized by former DNC chair Howard Dean.

The strategy calls for a renewed effort to strengthen and support local and regional liberal grassroots organizations and movements across the country.

Democratic leaders have complained the party became inward facing and overly deferential towards Washington during the Obama administration. During Obama’s two terms as president, Democrats suffered unprecedented electoral losses at all levels of state and national government.

In his first order of business as new chair — in an apparent effort to bridge the gap between establishment Democrats and its more liberal factions — Perez named Ellison as deputy chair.