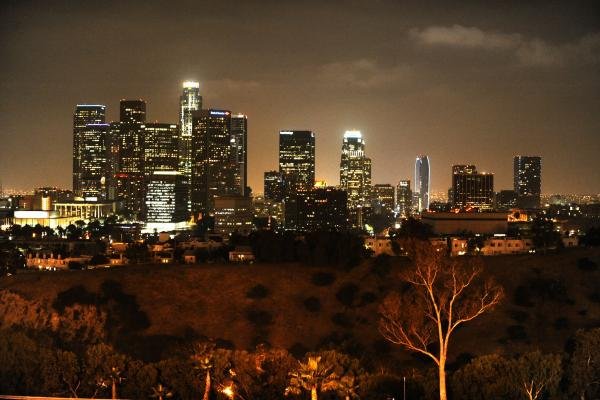 Los Angeles had the world’s worst traffic in 2016 — supplanting Moscow for the top spot in the rankings released by traffic firm INRIX on Monday.

According to the survey, Los Angeles motorists spent an average of 104 hours stuck in traffic last year.

“A stable U.S. economy, continued urbanization of major cities, and factors such as employment growth and low gas prices have all contributed to increased traffic in 2016,” Bob Pishue, senior economist at INRIX, said in a statement. “The demand for driving is expected to continue to rise, while the supply of roadway will remain flat.”

Moscow fell to second place, followed by New York City, San Francisco and Bogota, Colombia. Atlanta (No. 9) also made the Top 10. San Francisco leaped forward seven spots, from No. 11, over its 2015 rank.

In addition to time-consuming congestion studied in more than 1,000 cities in 38 nations, the research revealed U.S. drivers spent about $300 billion in wasted fuel and productivity due to the gridlock. That comes out to about $1,400 per driver. In Los Angeles, the average driver saw a loss of $2,408.

Though INRIX has previously conducted traffic rankings, a new methodology was used for 2016 — which “calculates the percentage of time that drivers spent in congestion at different periods of the day/week and on different parts of a city’s road network. … Cities were ranked by the peak hours that the average driver spent in congestion, the busiest part of the day when the most people are affected.”

The study concluded that the United States ranked as the fourth-most congested country in the world, tied with Russia, with a driver average of 42 hours spent in traffic during peak hours.

The most congested U.S. road was found to be Interstate 95 West in New York City, which saw 86 hours of delay in 2016. Chicago’s I-90/I-94 was second with one fewer hour. New York’s I-95 East ranked third. Los Angeles’ most congested road was Interstate 10 East, which ranked fifth nationally.