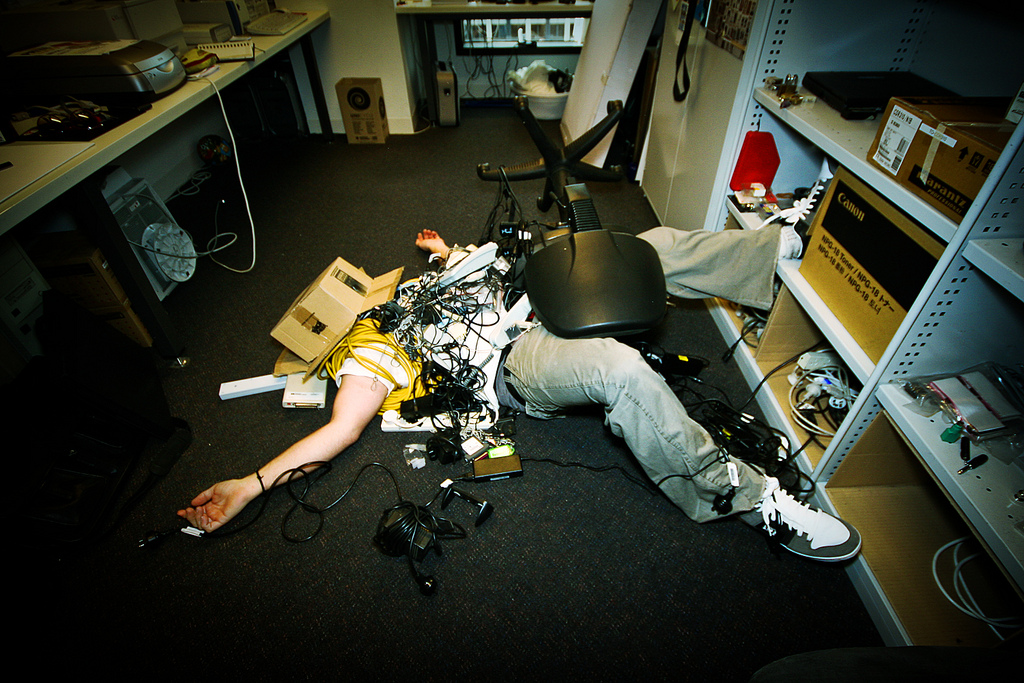 Injuries at work happen for various reasons: by accident, through neglect or oversight, due to a one-time focus dip or habitual failure to follow valid safety procedures. Sometimes, though, you can sustain an injury in the line of business through someone else’s fault – and in such cases, the injured party is entitled to compensation for the damage they’ve suffered. You can’t always prevent workplace accidents that can result in bodily harm – but what you can and should do is educate yourself about the steps you should take to protect your rights in case you suffer a work injury through no fault of your own.

Take Care of the Injury Immediately

If you’ve sustained an injury in the workplace, the first thing you should do is sanitize the wound and get adequate medical care. In case the injury’s not serious, you should also take the steps to protect the scene to prevent secondary accidents. For minor cuts, falls, and strains, you can take care of the injury yourself using the at-work first aid kit, but in case of serious wounds, it’s better to seek medical attention at the closest ER than to risk potential complications later on.

Report the Accident to Your Super

As soon as you’ve had the injury treated, you will have to report the incident to your supervisor in writing. When reporting the injury, make sure to list the time, place, and brief description of the accident, and include pictures or sketches of the scene if you have them. You should submit the injury report on a standard form or report the accident in person in the presence of at least one witness within 24 hours of the incident, otherwise the employer may deny you work injury compensation and other benefits you’re entitled to by the law.

Once you’ve reported the accident, you should save a copy of all the injury-related documents, including the report, insurance claim, and medical bills so that you’ll be able to use them in case of damages award delays or unfavorable plot twists later on.

Should You Settle or Sue Them?

For work injuries where the blame for the wounding rests on a third party (i.e. an individual or company other than your employer), you can demand a compensation settlement or you can lodge a lawsuit. The situations in which you have the right to sue a third party include:

When deciding whether to settle or sue, you should be careful about compensation benefits you’re entitled to and the rights you’ll be relinquishing by accepting the terms offered by the other party’s insurance company. If you’re not sure whether the settlement on the table is in your favor, you can ask experienced personal injury experts from Bordaslaw for an opinion or even hire them to represent you in the proceedings.

There are a few situations in which you’ll be entitled to demand injury compensation from the employer’s insurance provider and lodge a lawsuit against the third party. For instance, in case you’ve sustained the injury in a car accident in the line of business through no fault of your own, you can bring a lawsuit against the driver of the other vehicle and request award of damages not covered by the workers’ compensation, such as pain and suffering, vehicle damage, future lost wages, and similar non-economic damages.

You can also sue the proprietor of the building or site in case you’ve suffered an injury in line of work as a direct consequence of their failure to meet safety requirements. For instance, you can sue subcontractors or general contractor in case you suffer an injury at the construction site due to their disregard for safety regulations in events such as slip-and-falls on icy surfaces, falls down damaged staircases, or trip-and-falls on uneven flooring or over dangerously placed objects.

Should you decide to settle, you should be aware of the type of compensation settlement you’re entitled to.

Before you accept a settlement, you should consult a legal expert: after all, if you suffered bodily harm through a third party’s fault, you can at least get the individual or organization responsible for the injury to make up for the damage they’ve caused you.

Accidents in line of work happen now and again, but while you can’t prevent an injury caused by powers beyond your control, you can at least see to that you receive a decent compensation for the pain and suffering you’ve endured as a result of the incident. In case you sustain an injury at work as a consequence of a third party’s oversight or intentional misconduct, be sure to follow the steps listed above and see that justice is done. Good luck!

Related Topics:BusinessWork Injury
Up Next

Starting a Side Business While Working Nine-to-Five

Kraft Heinz confirms it made merger offer to Unilever