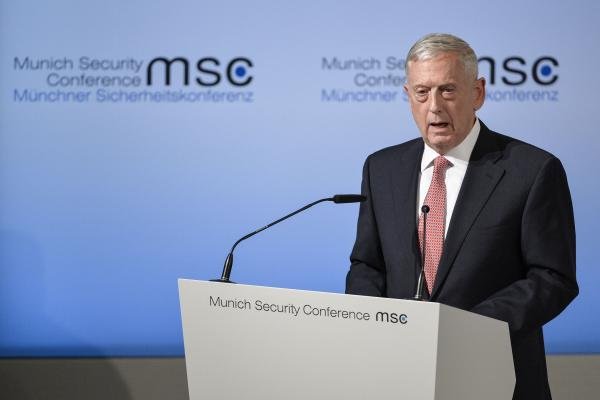 Secretary of Defense Jim Mattis told Iraqis the United States has no plans to take the country’s oil during an unannounced stop in Baghdad on Monday morning, despite President Donald Trump making repeated comments that the country’s oil should have been seized during the U.S. invasion in 2003.

Mattis, the highest ranking member of the Trump administration to visit Iraq since the inauguration, told reporters on Monday that while the mission for the United States in Iraq has not changed — though it might — he felt he could get a better idea of the situation by putting his feet on the ground there.

Mattis also sought to reassure Iraqis and others who work with the U.S. military, such as translators, they will not have a problem traveling to and from the United States, regardless of the status of an executive order on immigration, telling them the issue will be worked out

“We’re going to make certain that we have good shared situational awareness of what we face as we work together, fight alongside each other to destroy ISIS,” Mattis told reporters before leaving for the trip.

Trump has said several times, before and after being inaugurated as president, that the United States should have seized Iraq’s oil after the 2003 invasion and that may have prevented the rise of the Islamic State, also known as ISIS, ISIL and Daesh.

Mattis said he disagrees, and added that there would be no benefit to start taking Iraqi oil, of which there are no plans to do.

“All of us… in America have generally paid for our gas and oil all along and I’m sure we will continue to do so in the future. We’re not in Iraq to seize anybody’s oil,” Mattis said.

Many translators were blocked from entering the United States after Trump signed an executive order blocking travel from seven countries, with Iraq being one of them.

The Trump administration has been working on a new version of the order since the first was blocked by a judge pending a trial on its constitutionality, which may allow for legal residents and workers to avoid issues had when trying to reenter the country a few weeks ago.

“I have not seen the new executive order,” Mattis said. “But right now, I’m assured that we will take steps to allow those who have fought alongside us to be allowed into the United States.”

Mattis also plans to talk to Iraqi officials and American military commanders to get a sense of the situation for U.S. trainers and Special Operations forces on the ground there.

“I need to get current on the situation… And the only way you can do this is talking to the people on the ground,” he said.

Historians rank Obama at No. 12 in survey of greatest U.S. presidents