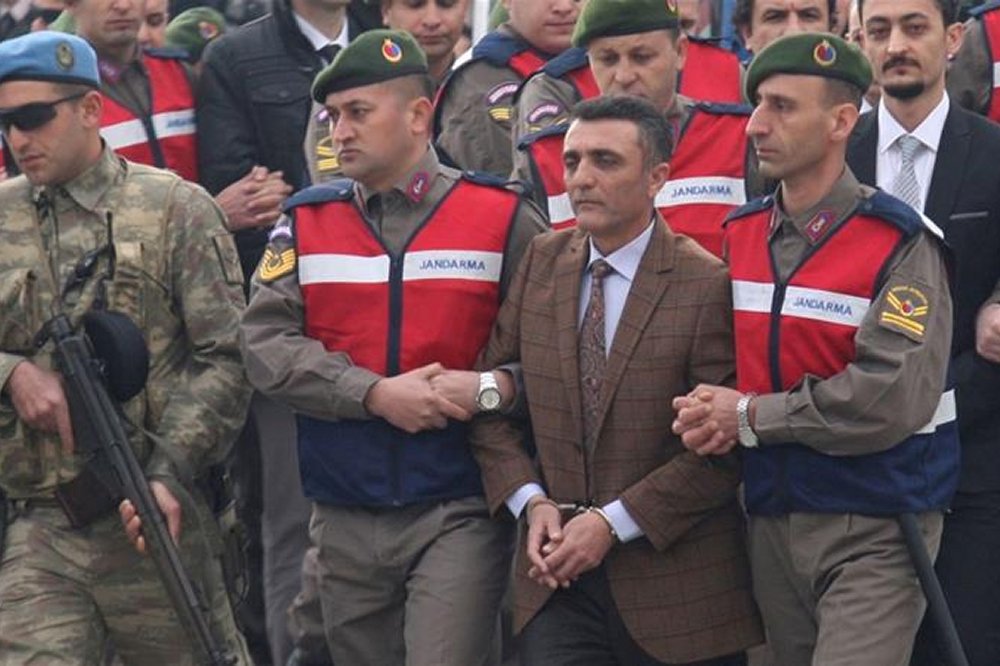 Monday’s hearing, which was held in Mugla Chamber of Commerce and Industry’s conference hall due to the large number of suspects, began amid tight security.

The “assassination team” accused of targeting Erdogan was among 47 suspects appearing at the hearing.

They had all been jailed pending trial.

“According to what the chief prosecutor says, this trial is historically important,” said Al Jazeera’s Sinem Koseoglu, reporting from Istanbul.

“Because it is the only coup-related case where President Erdogan is the direct plaintiff. So, the result of this trial is going to be important and the trial is expected to continue throughout this year,” Koseoglu said

A small crowd protested against the suspects as they were being brought into the court.

During the night of the coup attempt, two police officers were killed at the hotel were Erdogan was vacationing in the port town of Marmaris.

Later that night, Erdogan told on live television that he had narrowly escaped with his life when the hotel was bombed 15 minutes after he left the premises.

The violence left at least 248 people dead and around 2,200 others wounded.

The government also accuses Gulen’s supporters of being behind a long-running campaign to overthrow the state through the infiltration of Turkish institutions, particularly the military, police and judiciary.

Only days after the coup attempt, on July 22, the Turkish government declared a state of emergency “to be able to remove swiftly all the elements of the terrorist organisation involved in the coup attempt”.

In the following weeks, Turkish courts placed tens of thousands of suspects under arrest on charges of links to Gulen.

Thousands of military officials, pilots, police officers, civil servants, academics and even teachers were sacked from their jobs for alleged links to the “terrorist” preacher and his movement.

Dozens of media outlets suspected of having links to Gulen’s movement were also shut down.

As of today, more than 100,000 people have been sacked or suspended and more than 50,000 arrested in an unprecedented crackdown.

The government has deemed the crackdown necessary to “root out all coup supporters from the state apparatus”.