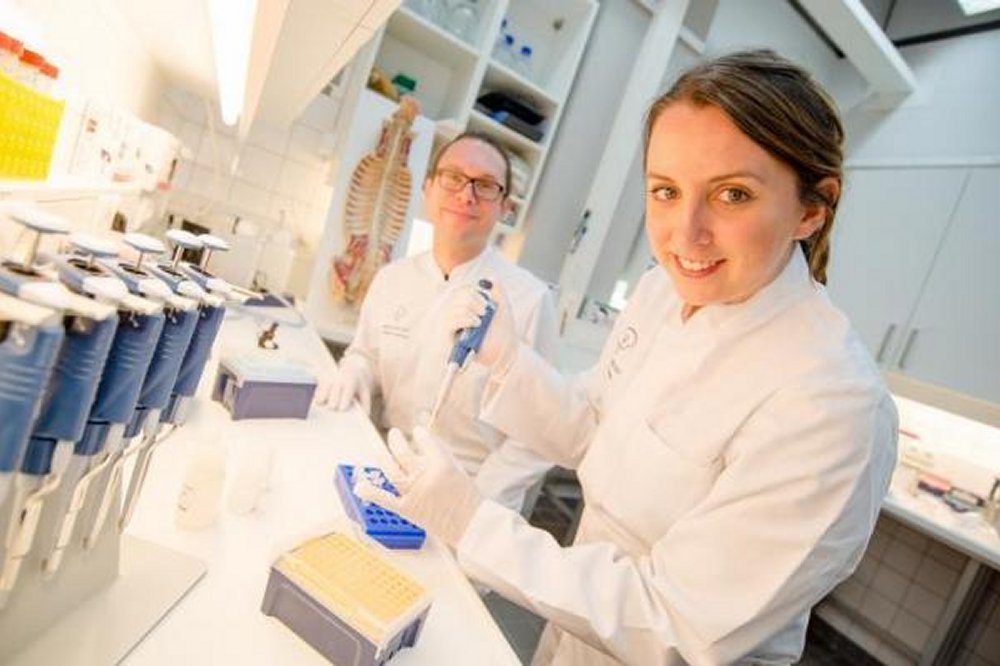 Researchers at Ruhr University in Bochum, Germany have found the roots of hand preference may come from the spinal cord in utero and not from the brain.

Previous studies had concluded that left- or right-handedness is tied to hemispheric asymmetries in the brain. The hand preference develops in utero at about eight weeks gestation and is visible in the fetus on ultrasound at around the 13th week of pregnancy.

To prove this theory, researchers analyzed gene expression in the spinal cord between eight and 12 weeks of pregnancy and found significant right-left differences in the eighth week in the parts of the spinal cord that control arm and leg movement.

Researchers also traced the cause of asymmetric gene activity and found epigenetic factors that lead to enzymes bonding methyl groups to the DNA, which affects or minimizes the reading of genes.

Results showed this occurs in a different way in the left and right spinal cord showing a difference in the activity of genes on both sides.

The study was published in eLife.