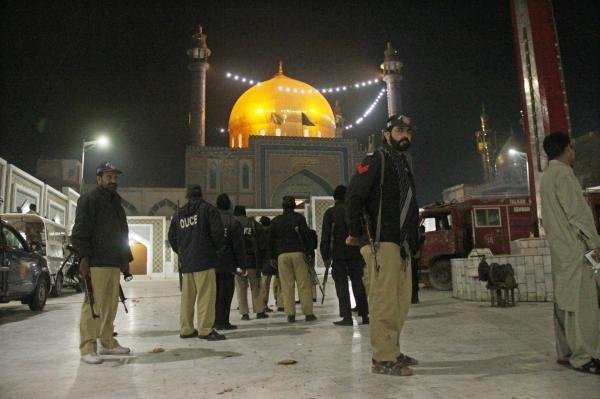 Pakistan launched a crackdown in which security forces killed at least 39 suspected militants following an Islamic State bombing at a Sufi shrine that killed 80 people.

Pakistan’s government has long-accused militants of hiding in Afghanistan with the goal of inciting violence in Pakistani territory. An Afghan police official said Pakistan launched an artillery attack in eastern Afghanistan’s Nangarhar province, where an Islamic State affiliate is located.

Pakistani Maj. Gen. Asif Ghafoor said the shared border between Afghanistan and Pakistan would be “closed until further orders due to security reasons.”

Ghafoor said Pakistani officials handed over to Afghan officials a list of 76 suspected militants hiding in Afghanistan and asked the Afghan government to take immediate action against the suspects or to extradite them to Pakistan.

Following the bombing, Pakistani military chief Gen. Qamar Javed Bajwa said “Each drop of the nation’s blood shall be revenged, and revenged immediately. No more restraint for anyone.”

The Islamic State claimed responsibility for the attack, which took place Thursday in the rural town of Sehwan in the Sindh province, at a shrine to the Sufi saint Lal Shahbaz Qalandar. The shrine, built in 1356 is among the most holy for Sufi Muslims, a mystical branch of Islam the Islamic State considers heretics.

As at least 250 people were injured in the bombing and officials fear the death toll could rise further.