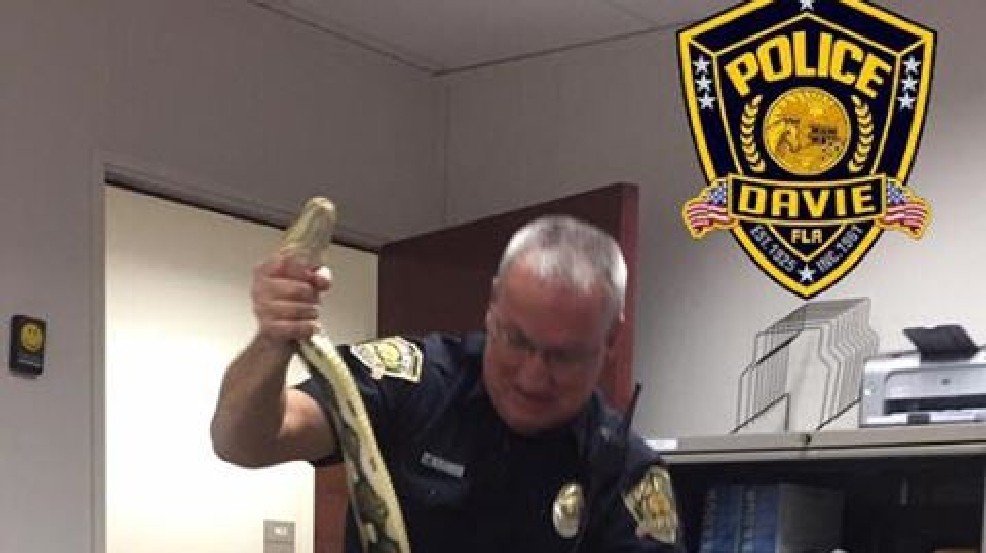 Police in Florida helped remove a massive python found hiding inside the engine of a resident’s vehicle.

The Davie Police Department shared a photo of the 11-foot long reticulated python after a college student discovered the large snake crawling underneath his roommate’s car.

“I’m used to seeing snakes, but nothing that big,” Ross Price told the Sun Sentinel. “You just don’t expect something like that wandering around your house.”

Price and his roommate James Hand contacted police after an exterminator said it was too late to send someone to remove the snake.

Davie Police Officer Tony Bernardo arrived with two officers and managed to remove the giant snake from the engine after about 15 minutes.

Burmese pythons are an invasive species in South Florida where four were found living in an abandoned missile base and another turned up near an abandoned golf course.

Davie police spokesman Sgt. Mark Leone said this python may have been a pet since it is a different species and was discovered in a residential area.

Police later turned the python over to the proper authority receiving facility at Strictly Reptiles.

After the situation was resolved Hand said he was relieved Price spotted the snake when he did.

“I thought about it later,” Hand said. “What if it had crawled up into my car and made its way inside as I was driving?…I don’t want to think about it.”