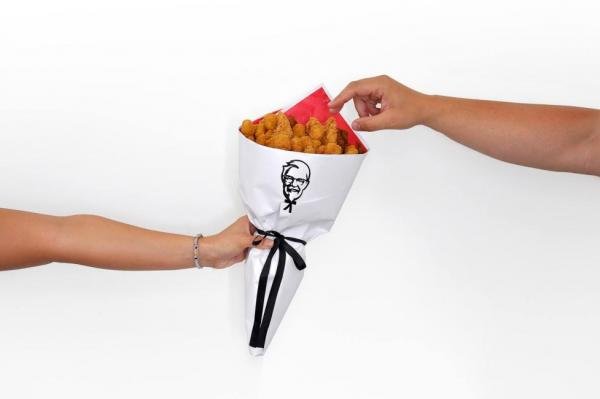 Fried chicken chain KFC is giving New Zealand customers the chance to say “I love you” with a Valentine’s Day bouquet of fried chicken.

KFC New Zealand said on its Facebook page that a limited number of the fried chicken bouquets are being assembled for Valentine’s Day, with two of the bouquets being given away as prizes in a Facebook contest.

A spokesman for the chain told Newshub that 18 other bouquets, which each contain popcorn chicken, crispy strips and original recipe drumsticks, are being delivered to “known KFC lovers” on Valentine’s Day.

“The best smelling Bouquet this Valentine’s Day is sure to be the KFC Bouquet,” the Facebook post says.