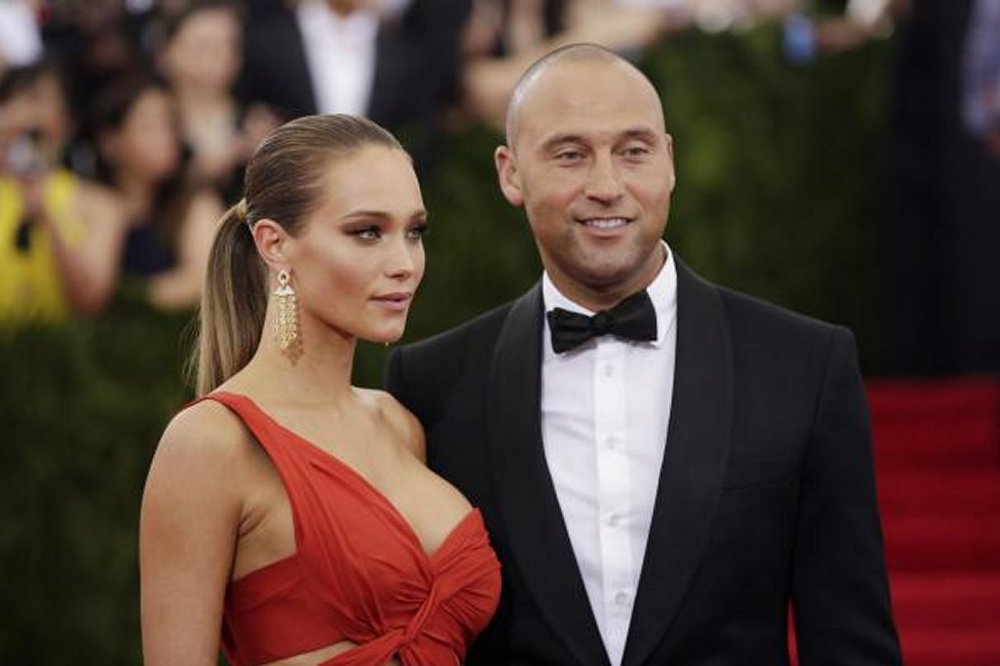 The 26-year-old model made the pregnancy announcement in a personal essay published on her husband’s The Players’ Tribune website.

The announcement included a photo of the 42-year-old Jeter holding a bouquet of pink balloons.

“He already has a name in mind — he’s set on it,” Hannah Jeter wrote. “(We’ll see.) He’ll say when he calls me during the day: ‘So, how are you and so-and-so doing?’ That’s not the name yet, sweetie.’ Whatever her name is, I know she’ll run circles around him.

“We want our kids’ lives to be as ‘normal’ as possible. They’re going to be born into such an extraordinary situation. They’re going to have to be some strong little people. We don’t want them to be defined by their dad’s name — for them, we want him to just be ‘Dad.’ That will be the piece of him they’ll have that the rest of the world doesn’t. It will be special, and it will be theirs.”

The Jeters were married last July, less than two years after the 14-time All-Star and Yankees captain retired from baseball in 2014. Jeter won five World Series titles and finished his 20-year career as the Yankees’ all-time leader with 3,465 hits. He will be eligible to be inducted into the Hall of Fame in 2020.

“Derek and I will want our children to understand that the lives they’ve been given are so fortunate, in so many ways,” Hannah wrote in concluding her essay. “We’ll want them to learn to help others, and to care for others, and to give back to the world.

“And if they want to play baseball, well, we’re gonna have a little talk first.”