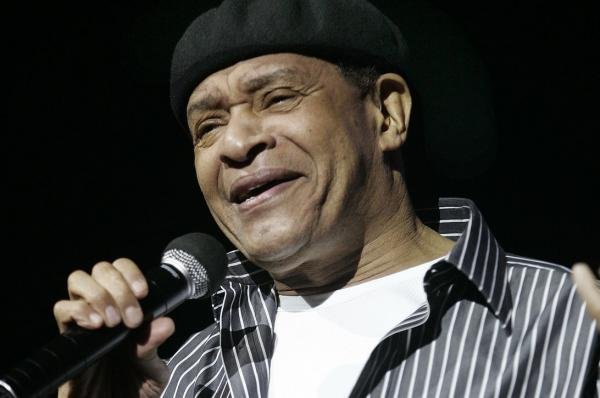 The tenor’s death comes two days after an announcement on his website that he was retiring from touring due to exhaustion.

Jarreau died at 5:30 a.m. Sunday, according to a statement from his booking agent Bob Zievers.

He was dubbed the “Acrobat of Scat” for the fast, wordless syllables of bebop jazz. But he branched out to mimmick other musical instruments and sounds.

Jarreau is the only Grammy vocalist to win in jazz, pop and R&B categories. Last year, he performed 50 concerts, including at the White House.

His 1981 album “Breakin’ Away,” sold more than 1 million copies and included a Top 20 hit, We’re in This Love Together. The album won Grammy Awards in the jazz and pop vocal categories.

Jarreau recorded the theme song for the TV series Moonlighting. in 1985. Al Jarreau’s son Ryan reported he caught his dad singing the song to one of the nurses Saturday, according to Jarreau’s twitter account.

His 1992 album “Heaven and Earth” won a Grammy for best R&B vocal performance.

He performed with symphony orchestras and acted on Broadway in 1996 in the role of Teen Angel in Grease.

In 2004, Jurreau recorded an album of jazz standards called Accentuate the Positive, which included songs by Dizzy Gillespie, Duke Ellington and Johnny Mercer.

“It’s really the first jazz record I’ve ever done,” Jarreau told Billboard magazine. “Everything else that came before was pop and R&B. This is a thanks to the kind of music that made me the person I am today.”

In 2006, Jarreau won the Grammy for Best Traditional rhythm & blues vocal for God Bless the Children.

In 2007, he won two more Grammys with guitarist George Benson for Givin’ It Up.

Jarreau is survived by his wife of 39 years, Susan Player, and his son.

Jarreau tried out with the Milwaukee Braves baseball team and played basketball at Wisconsin’s Ripon College, where he graduated in 1962. In 1964, he received a master’s degree in vocational rehabilitation from the University of Iowa.

Jarreau received a lifetime achievement award from the Wisconsin Foundation for School Music. Jarreau’s family requested contributions be made to the foundation.

John Carpenter confirms new ‘Halloween’ movie is in the works