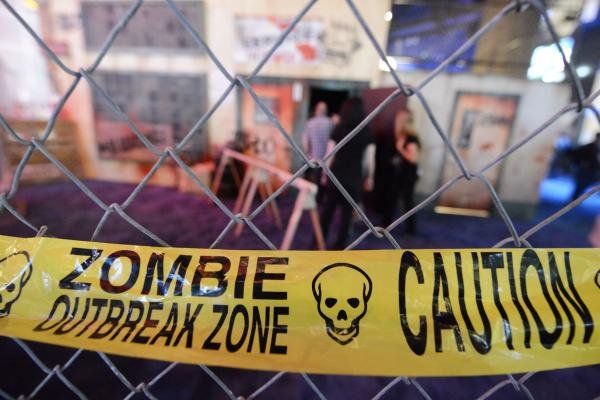 Illinois lawmakers are encouraging the state to be undead-ready by passing a resolution declaring October to be “Zombie Preparedness Month.”

The state House voted Thursday to approve House Resolution 0030, which calls for October to be declared “Zombie Preparedness Month” as a bid to encourage the state’s residents to be prepared for more realistic natural disasters.

“I am told that if you are prepared for zombies, then you would be prepared to deal with a natural disaster like tornadoes, blizzards — natural disasters of any kind,” Rep. Emanuel Chris Welch, D-Hillside, told the Chicago Tribune.

He said the lighthearted resolution is aimed at drawing attention to a serious issue.

“If we need to do something like Zombie Preparedness Month to get people’s attention to an important issue like preparing for a natural disaster, then so be it,” he said.

Not all lawmakers were amused by the resolution, however. Some blasted their colleagues for spending time on the zombie issue while the state still has yet to pass a budget.

“This may sound like fun, but if you’re really concerned about disaster, the natural disaster that’s happening in Illinois is all economic,” said Rep. Jeanne Ives, R-Wheaton.