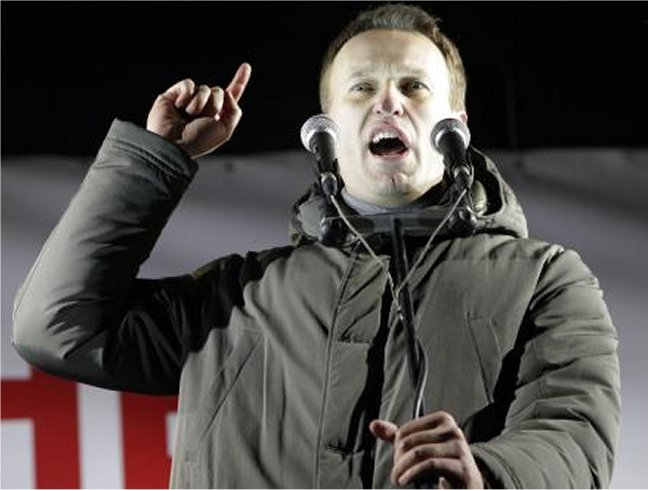 The court in Kirov, Russia, retried Navalny after the European Court of human rights found procedural violations in an earlier trial. Navalny and colleague, Pyotr Ofitserov, were convicted in 2013 of embezzlement involving funds of the Kirovles timber company. Some saw the trial as a means of silencing Navalny, an anti-corruption activist believed to be interested in running against Russian President Vladimir Putin in the 2018 election, The Guardian reported.

As the judge read the guilty verdict Wednesday, Navany’s associates released pages of the verdict on social media, implying the verdict was copied word-for-word from the earlier conviction. During a break in proceedings Wednesday, Navalny said, “The judge will return and read the same thing [as in 2013], which says a lot about this trial.”

As the verdict was read, Navalny’s lawyer, Olga Mikhailova, said the conviction would prevent Navalny from running against Putin.

Although his first conviction barred Navalny from running for public office, he was allowed to run as candidate for the mayoralty of Moscow in 2013. He received 30 percent of the vote but lost to a Putin-backed candidate.

Prosecutors will ask for suspended sentences for Navalny and Ofitserov, the Russian news agency Tass reported.