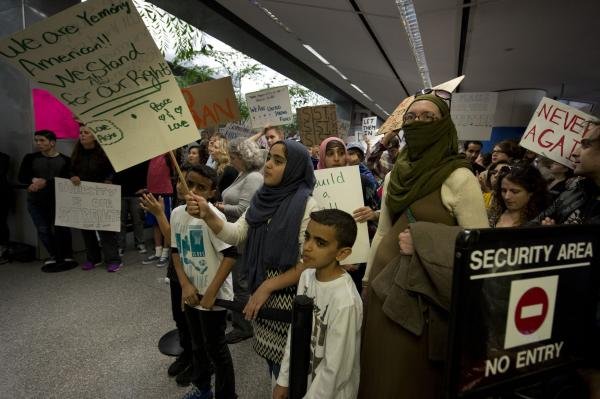 A federal appeals court in San Francisco will hear arguments Tuesday about whether to reinstate President Donald Trump’s embattled order to temporarily close U.S. borders to refugees and immigrants.

The Ninth Circuit Court of Appeals announced the hearing on Monday as Trump’s administration filed legal briefs there.

The federal court will hear oral arguments in the case by phone on Tuesday, beginning at 6 p.m. EST. Each side will get 30 minutes to argue their position.

The announcement came one day after the appellate court denied a request by the Justice Department to immediately reinstate the executive order, which temporarily bans U.S. entry for all refugees as well as immigrants from seven predominantly Muslim countries.

Now that briefs have been filed by both sides, the court will hear the arguments before making a final decision. The plaintiffs in the case are the states of Washington and Minnesota, which first filed to block Trump’s order last week.

The legal moves in San Francisco follow a Seattle judge’s ruling on Friday that issued a nationwide injunction against the president’s travel ban.

Trump’s administration argues that Washington and Minnesota are overstepping their legal authority by bringing the case, and that the president does have full authority to guard national security. Opponents in the battle claim the travel ban would cause irreparable harm on multiple fronts.

Whichever side loses is expected to take their appeal to the U.S. Supreme Court. If the San Francisco court refuses to lift the injunction, the case will go back to Seattle for a longer-term judgment on the restraining order.