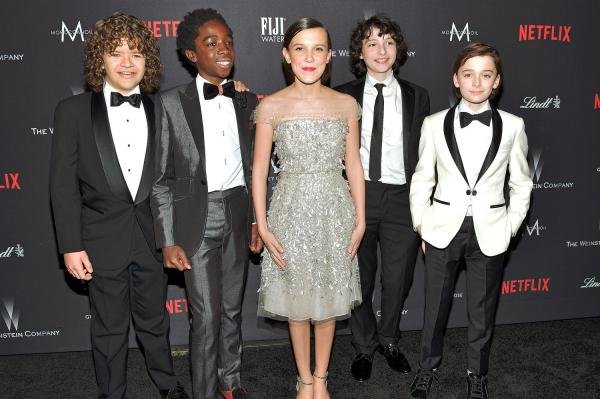 The world is turning upside down in the first teaser trailer for Season 2 of Netflix’s hit supernatural drama, Stranger Things.

The trailer which aired during Super Bowl LI Sunday, starts with an Eggo Waffles commercial from the 1980s as a nod to the favorite food choice of the powerful Eleven (Millie Bobby Brown).

“A year after Will’s return, everything seems back to normal… but a darkness lurks just beneath the surface, threatening all of Hawkins,” reads the official synopsis.

The teaser then ends announcing a Halloween premiere date.

Previously, Stranger Things creators Matt and Ross Duffer announced their plans for Season 2 stating there would be “justice” for Barb (Shannon Purser) and that Dr. Martin Brenner (Matthew Modine) may still be alive.

Katy Perry to perform at the Grammy Awards