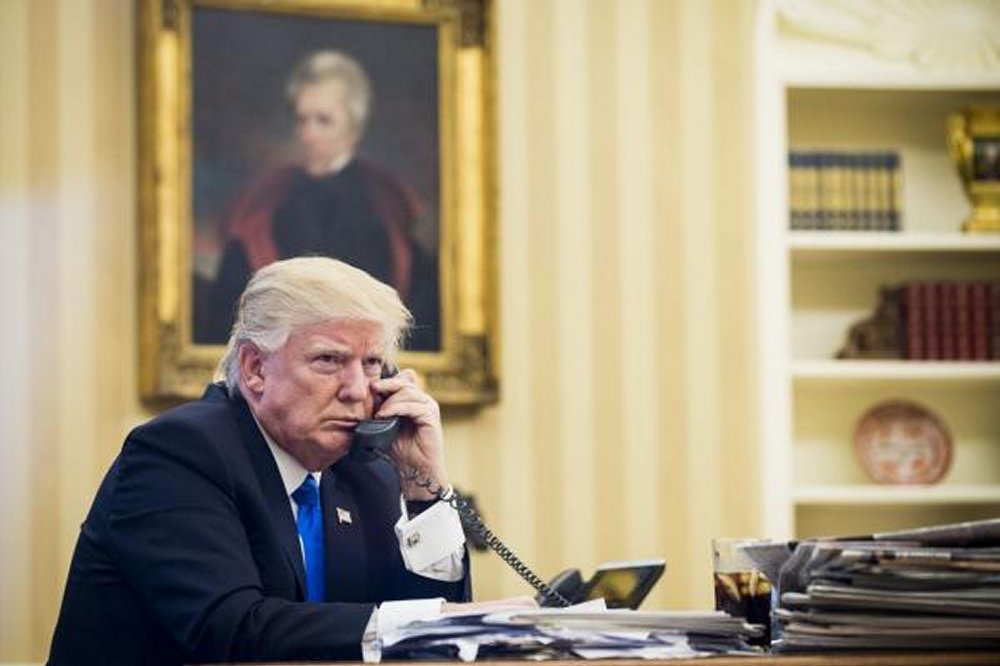 Sources told The Washington Post the conversation that took place on Saturday afternoon included a heated exchange about an existing refugee agreement.

After Trump reportedly said the agreement is “the worst deal ever,” Prime Minister Malcolm Turnbull tried to confirm whether the United States would honor the deal he reached with the Obama administration. Under that deal, the United States agreed to take in 1,250 refugees from Manus Island and Nauru in Papua New Guinea.

A day earlier Trump had signed an executive order temporarily blocking all refugees from entering the United States.

According to The Post’s sources, Trump said the deal with Australia could export the “next Boston bombers.”

When the two sides could not reach an accord, Turnbull allegedly suggested discussing the Syria conflict but Trump chose to end the call, making the conversation shorter than his conversations with Japan’s Shinzo Abe or Germany’s Angela Merkel.

A source told CNN Trump chose to end the call because he was unhappy with the results.

After news of the shortened phone call broke Wednesday, Trump blasted the deal on Twitter.

“Do you believe it? The Obama Administration agreed to take thousands of illegal immigrants from Australia. Why? I will study this dumb deal!” he wrote.

On Thursday Turnbull said he was “not going to comment on the conversation.”

“During the course of the conversation, as you know, and it was confirmed by the president’s official spokesman, the president assured me that he would continue with, honor the agreement we entered into with the Obama administration with respect to refugee resettlement,” Turnbull said, according to The Australian.

The official White House statement read, “[the two] emphasized the enduring strength and closeness of the U.S.-Australia relationship that is critical for peace, stability, and prosperity in the Asia-Pacific region and globally.”

Australia’s opposition party politicians are calling for clarity on the conversation.